South African Airways is partnering with US aerospace giant Boeing and Amsterdam-based SkyNRG to make sustainable aviation biofuel from a new type of tobacco plant, in a pioneering project that could make aviation more environment-friendly while advancing rural development in southern Africa.

“It’s an honour for Boeing to work with South African Airways on a pioneering project to make sustainable jet fuel from an energy-rich tobacco plant,” J Miguel Santos, Boeing’s MD for Africa, said in a joint statement on Wednesday. “South Africa is leading efforts to commercialize a valuable new source of biofuel that can further reduce aviation’s environmental footprint and advance the region’s economy.”

According to the statement, SkyNRG is expanding production of the hybrid plant, known as Solaris, as an energy crop that farmers could grow instead of traditional tobacco.

“Test farming of the plants, which are effectively nicotine-free, is under way in South Africa, with biofuel production expected from large and small farms in the next few years,” the companies said.

Initially, oil from the plant’s seeds will be converted into jet fuel. In coming years, Boeing expects emerging technologies to increase South Africa’s aviation biofuel production from the rest of the plant.

Maarten van Dijk, chief technology officer at SkyNRG, said his company “strongly believe[s] in the potential of successfully rolling out Solaris in the southern African region to power sustainable fuels that are also affordable”.

SAA and Boeing signed a memorandum of understanding in October last year in which they agreed to work together to develop and implement a sustainable aviation biofuel supply chain in southern Africa – a first for the continent.

As part of the project, Boeing and SAA are working with the Roundtable on Sustainable Biomaterials, an international multi-stakeholder initiative, to position farmers with small plots of land to grow biofuel feedstocks that provide them with an income without harming food supplies, fresh water or land use.

According to the two companies, flight tests show that biofuel, which is derived from organic sources such as plants or algae, performs as well as or better than petroleum-based jet fuel. “When produced in sustainable ways, biofuel contributes far less to global climate change than traditional fuels, because carbon dioxide is pulled out of the atmosphere by a growing plant-based feedstock.”

In 2011, aviation biofuel refined to required standards was approved for a blend of up to 50 percent with traditional jet fuel. Globally, more than 1 500 passenger flights using biofuel have been flown since then. 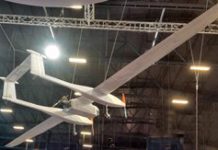