The BRICS – Brazil, Russia, India, China and South Africa – alliance has the potential to further peace and stability on the African continent, says Higher Education and Training Minister Blade Nzimande.

Speaking at a BRICS Academic Forum banquet dinner at the Durban University of Technology on Monday, Nzimande said that South Africa saw its future well-being as being closely tied to that of the continent as a whole.

“Our own future is tied to the economic development of Africa as a whole and to the establishment of stability and peace throughout the continent. We believe that the other BRICS countries can play an important role in achieving these goals and that they (and the rest of the world), in turn, will benefit from the process,” Nzimande said.

The fifth BRICS Summit will take place in Durban from 25 to 27 March. South Africa’s position going into the summit is to align BRICS member countries’ interests in supporting the integration agenda in Africa.

Nzimande said the integration of African economies was at an early stage. Although communications infrastructure was improving, there was still has a long way to go. In addition, it was not possible to travel between many neighbouring countries by train, with railway infrastructure mainly geared to getting raw materials to the coast for export.

“Roads, especially major arterial roads, are in need of serious upgrading. Despite a large expansion of air travel routes in Africa, it is still often easier to fly from one African country to another via Europe rather than directly. Industry, in general, is still weak – especially outside of the raw material, extractive industries.”

“One of the most important elements of BRICS cooperation should be in the sphere of knowledge production and academic cooperation. To achieve our goals – both in Africa and the world – we need constantly to strengthen our scientific and technical knowledge in all spheres, to deepen our understanding of our societies and those of the rest of the world.”

“It’s not by accident that Africa’s emergence from the morass of stagnation associated with the period of imposed structural adjustment programmes from the mid-70s to the mid-90s has coincided with the emergence of the large BRICS countries as economic giants.

“These countries have given African nations the ability to start to escape the clutches of neo-colonial dependence on foreign aid, and the policies and ‘advice’ of Western-controlled finance institutions.”

The 5th BRICS Academic Forum, hosted by the Departments of Higher Education and International Relations and Cooperation along with Higher Education South Africa, was due to conclude on Tuesday. 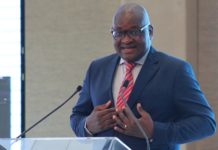 The Future of Education Summit focuses on policy and investment