Black economic empowerment (BEE) remains an imperative for South Africa’s growth and development, Trade and Industry Minister Rob Davies said at the launch of the revised B-BBEE Codes of Good Practice in Pretoria on Tuesday.

The revised codes seek to amend secondary legislation arising from the Broad-Based Black Economic Empowerment Act, in order to ensure that South Africans are truly and broadly empowered and that genuine empowerment takes place in the country.

The revision of the codes and the amendment of the BEE Act aims to ensure that issues such as “fronting”, and small businesses paying large amounts to consultants to prove that they are BEE-compliant, are dealt with.

Davies said BEE was not just a moral and political imperative. South Africa could not expect growth and development if the economy was in the hands of a minority.

The public will have 60 days to submit their comments on the proposed codes.

Research has shown that in 2008 the overall level of BEE was at level 6. There are eight BEE compliance levels, with level 8 being the worst and representing non-compliance.

“The picture is not saying that we have achieved what we need to achieve,” Davies said.

“The current BEE generic scorecard contains seven elements, and these have been reduced to five in order to align the elements more closely with the trajectory of the economic growth and development in the country, with 105 points assigned to the five elements. The points were originally 100.”

All companies, except exempted micro-enterprises, are obliged to comply with all the elements of the scorecard.

“There is also some adjustment to the points allocated and the qualification criteria,” Davies said. “There is also an enhanced recognition of the status of black-owned micro enterprises.”

Among the new things proposes in the revised codes is the introduction of minimum requirements for priority elements, namely ownership, skills development, and enterprise and supplier development.

Qualifying small enterprises are required to comply with two of the elements – although ownership is compulsory – while large entities will have to comply with all of the requirements.

Business and the public have 60 days to submit comments regarding the codes, for consideration before the finalisation of the amendments. 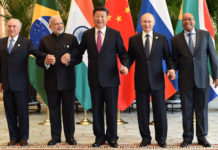 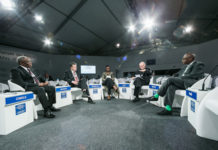 How can digital technology boost growth in Africa? 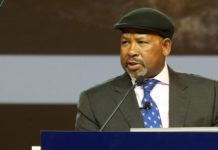