Speaking at a New Age business briefing in Sandton on Monday, Davies said the government was trying to bring about such a shift through the revised B-BBEE Codes of Good Practice, launched earlier this month, and the B-BBEE Amendment Bill.

These aimed to provide a more effective tool to support and encourage empowerment in the productive sense of the word, involving black people participating in the economy as leaders and players in established companies, as well leaders of companies which were entrepreneurial in nature.

Davies added that the government was trying to align BEE with the wider objectives of supporting the emergence of more active players in the economy, more active entrepreneurship – which meant developing skills and capacities – and more symbiotic relationships between larger and smaller companies.

Davies said BEE remained imperative for South Africa’s growth and development, and not only from the point of view of equity.

“We cannot have an economy in which the people are allowed to vote in the political level but are not able to benefit from involvement in the economy,” he said.

South Africa could also not run an effective economy when it drew its leadership from all levels but its entrepreneurial capacity from a small minority.

“It is an imperative that we draw leadership, we draw our entrepreneurs, much more broadly, across the totality of our population.” 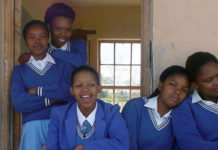