Anglo Platinum has announced plans to sell mining assets to black economic empowerment (BEE) groups as well as to establish a new employee share ownership plan that, together, will place assets valued at around R35-billion under the control of historically disadvantaged South Africans (HDSAs).

Anglo Platinum is the world’s largest primary producer of platinum group metals (PGMs), with a market capitalisation of some US$39-billion, and is majority-owned by Anglo American.

The company said in a statement on Tuesday that it would sell a 51% stake in Lebowa Platinum and 1% of its Ga-Phasha Project to Anooraq Resources for a total of R3.6-billion. Anooraq will own 51% in both ventures through a new company called Lebowa Holdco.

Anglo Platinum and Anooraq have also agreed in principle to transfer their respective 50% interests in the Boikgantsho and Kwanda joint venture projects into Lebowa Holdco, so that Lebowa Holdco will own 100% of these assets.

Anglo Platinum also announced the sale of its 50% stake in the Booysendal Project and 22.4% stake in Northam Platinum to Mvela Resources for a total of R4-billion.

The implementation of these transactions are subject to several conditions, including completion of due diligence, the raising of relevant financing, approval by the regulatory authorities and third parties as well as respective shareholders.

According to Anglo Platinum, the transactions will give Anooraq and Mvela control of the third and fifth largest platinum resource bases in South Africa, resulting in fundamental and sustainable transformation of the country’s platinum industry.

The new scheme will receive up to 1.5% of Anglo Platinum’s issued share capital, with a current market value of approximately R3.3-billion.

He added that Mvela Resources’ major shareholder, Afripalm Resources, would transfer 51% of one of its subsidiaries, Afripalm 2, to broad-based groups representing at least 5 000 women.

“The inclusion of women as shareholders is in line with Anglo Platinum’s transformation objectives for the mining sector and the participation of community groupings associated with the operating mines, and from labour sending areas, will benefit in excess of 55 000 HSDAs,” the company said. 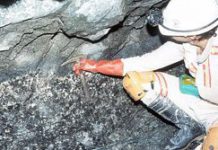