The drive to empower South Africa’s black farmers through access to finance has received a shot in the arm with the signing of a R300-million deal between First National Bank (FNB) and the US Agency for International Development (USAid) to boost emerging agriculture in the country.

The agreement was signed by US Secretary for the Treasury Henry Paulson and Sizwe Nxasana, CEO of FirstRand Bank – of which FNB is a subsidiary – in Cape Town on Friday.

According to a joint FNB-USAid statement, the USAID Guarantee Scheme provides a partial guarantee on a loan portfolio of US$43-million (R300-million) to support increased lending to black emerging farmers and agribusinesses over the next seven years.

“The scheme comes on the back of little success in lending to the newly found black economic empowerment (BEE) market in agriculture, as this is a new lending terrain for financial institutions with relatively high risk,” the statement read.

“To tackle this challenge, FNB is developing a range of solutions through various service level agreements with outside agencies, such as USAid, to provide guarantees for the portion of the risk that would ordinarily be covered through bonds on assets and property.”

“The importance of bringing emerging farmers into the mainstream farming economy in South Africa cannot be overstated,” Nxasana said. “Not only will this scheme increase FNB’s exposure in rural areas where agriculture is a catalyst for rural development, but it will also promote diversity of agricultural projects and the development of commodity-based lending products – including sugar, fruit and vegetables – for domestic and overseas markets.”

government has made great strides to transform agriculture through land and agricultural reforms, Charter for BEE in Agric (AgriBEE) and FSC.

South African financial institutions, through the Financial Services Charter, have pledged to increase their support for the development of agriculture in the country, committing themselves to increasing their lending in the agricultural sector to R1.5-billion by December 2008 through envisaged institutional arrangements with the government.

However, according to Nxasana, the number of successful deals has been limited due to the risk associated with lending to the emerging farming sector, as well the quality of some of the deals.

“The landmark agreement between FNB and USAid addresses the issue of risk, and is expected to overcome one of the most significant factors limiting lending to the emerging farming market,” Nxasana said.

“USAid will share 50% of the risk with the bank, thus creating space for FNB to drive its entrepreneurial agenda in the AgricBEE space by gearing up emerging farmers for success.”

A farmer who has just entered commercial agriculture requires assistance for his farming venture to be successful over many years, Nxasana said.

“To this end, we have a commodity production finance solution to achieve sustainability. It is a total finance package for crop production costs, insurance, hedging, selling the crop, management and so on. The farmer is assured a buyer for his crop long before he has even started planting the seed.”

“We believe that the signing of this deal could well pave the way for further initiatives that will, ultimately, transform the South African agricultural sector so that our farmers can compete strongly and successfully on the international market,” Nxasana said. 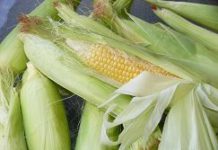