A South African company that manufactures performance-quality guitars from oil cans is making inroads into the local music industry and establishing a presence in overseas markets, marketing a unique blend of modern guitar technology and African tradition and innovation.

Launched in January 2002, Afri-Can Guitars has created a quality musical instrument based on the original concept of the oil can guitar that has been played in South Africa since the early 1900s, when aspiring guitarists too poor to buy expensive wooden instruments began making their own using empty five-litre oil cans.

“Having played Paul Reed Smith guitars for the past seven years, I was familiar with a professional musical instrument of rare quality’, says Graeme Wells, himself an accomplished guitarist and Afri-Can Guitars’ founder, designer and production engineer.

“I have always been fascinated by the unique sound and look of African musical instruments . the African oil can guitar has always had a tonal quality not found in any conventional guitar.’

“By combining the essential elements of the original African Guitar, ie the oil can body, with properly measured and machined components, the instrument takes on a whole new feel, yet the sound remains truly African’, says Wells.

“Each Afri-Can Guitar is manufactured on the latest CNC manufacturing equipment to exacting tolerances, using only the finest materials available. With Indian Rosewood for the fretboard and neck, proper frets, machine heads, a fully adjustable bridge and a good set of strings, the oil can guitar has all the features of a “real’ guitar.’

Afri-Can Guitars currently produces between 10 and 20 guitars a week and sells about 50 a month. There are standing orders worth more than R400 000 a month, and new orders are coming in fast.

Almost 90% of the materials used in the production of the guitars are sourced locally, with the remainder imported from the US and Asia.

Each Afri-Can guitar is handmade and individually fine tuned. The acoustical version, dubbed the “Township model’, costs about R1 200, while the electronically amplified “Professional model’ sells for R3 800.

Some of South Africa’s top artists already play the company’s guitars. These include David Kramer, Steve Hofmeyer, Blk Sonshine, Valiant Swart and Pieter Koen. International artists such as UB40, Aashid Himmons of the US and Spiro Giro also play the Afri-Can Guitar.

Kramer, South Africa’s highly acclaimed and original “tin can’ guitarist, has endorsed Afri-Can’s new range of “David Kramer Blik’ guitars, being assembled to Kramer’s own specifications and bearing his signature.

The company has opened distributor outlets in the US, Canada, Britain, Australia, France and Germany. It also has a shop at the V&A Waterfront complex in Cape Town and two outlets in Johannesburg.

Wells currently employs two guitar builders whom he personally trains. Plans to expand the business are at an advanced stage. These include employing two more guitar builders, renting more floor space at the Bellville factory and increasing the number of distribution outlets.

The company’s guitars were on display at the National Association of Melody Makers International Show in Nashville, US – reputedly the world’s largest guitar exhibition – in July 2002. George Gruhn, a commercial guru of the guitar world, has also endorsed Afri-Can’s guitars and represented the company at the show. 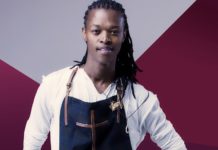 Play Your Part episode five: get involved with the initiatives 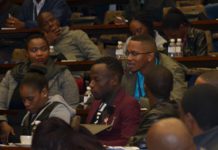 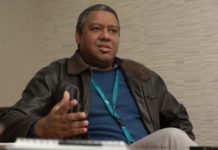 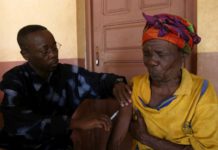