That project is the R350-million Mpact PET recycling project, launched this month in Wadeville, Gauteng, that recycles polyethylene terephthalate plastics.

The second award was a third place for InvestSA as best investment agency in the IORA, an international organisation consisting of coastal states bordering the Indian Ocean, including India, Australia and various Middle Eastern states.

Tripartite in nature, the organisation unites representatives of government, business and academia to promote co-operation and closer interaction between the countries in the region.

The main principle of IORA is seeking a more open regionalism in order to strengthen economic co-operation, trade facilitation, as well as investment and social development between the 20 member countries and seven non-Indian Ocean dialogue members, including China, the US and UK. The IORA headquarters is in Ebene, Mauritius.

It is the second year that the awards have been presented, with this year’s focus on small and medium enterprises (SME) and finding investment opportunities in innovation.

Masina says the recognition from IORA was a vote of confidence in South Africa as an investment destination, as well as a boost for InvestSA’s mission to improve the South African investment climate through the fast-tracking, unblocking and reduction of bureaucratic obstacles to build relationships between foreign and local businesses.

“These investment awards are evident that our investment division, Invest South Africa, can compete, is right there with the best and is capable of facilitating large-scale projects. Winning two investment awards demonstrate that the government remains hard at work and will continue to make South Africa an attractive destination.” 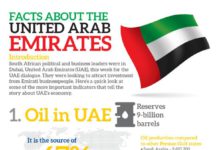 Infographic: South Africa in the UAE 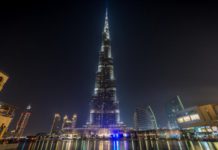 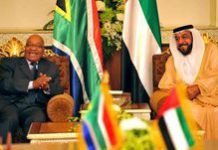 Brand South Africa to engage with key stakeholders in the UAE