Tsabeng Nthite – “There is no other sector in the country that is showing 8% growth per annum,” says Mr Sisa Nthsona, Chief Executive Officer for South African Tourism.

Commenting on the industry as a key driver for South Africa’s economy during his interview for Brand South Africa’s CEOs Know campaign, Mr Ntshona said that the tourism sector accounts for 9% of South Africa’s GDP, and an estimated 8.5 % of the continent’s GDP, (up from 6.8 per cent in 1998).

Mr Ntshona said: “From a business and development perspective tourism is a significant contributor – which in turn translates to job creation. 2016 was a record-breaking year, with 10 million international tourists coming to South Africa

South Africa is best known for its beach and safari holiday experiences. Stunning as the coastline and the game parks are, there is plenty more on offer to tourists, both in South Africa itself, and in the wider Southern African region. Ntshona says however that ‘South Africa is more than just the 3 Bs (the beach, the berg and the bush),’ – stating that the country’s secret weapon is its diversity and people.

“I am constantly inspired about how South Africa fights above its weight. South African’s are ambitious, driven and passionate people. We are a diverse people who love out country, and our space and we want to share our hoe with the world for them to be part of our ever growing story,” concluded Ntshona.

And it’s not just South Africa – the entire continent is set for a tourism boon. Speaking at the launch of Indaba in 2017, Africa’s top travel trade show, Ntshona predicted that Africa would be the new tourism frontier. He reported that the continent had an 8% surge in international arrivals in 2016, with Sub-Saharan Africa increasing by 11% and South Africa by 13%. 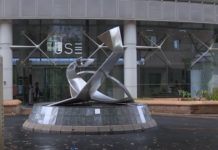