The US online paid-for streaming service of TV shows and movies, Netflix, has launched in 130 countries, including South Africa. It’ll now be easier for signed-up members to watch what they want, when they want, where they want, on any internet enabled device.

The days of being restricted to a television set to watch your favourite show are dwindling. Online streaming of series and movies is a fast-growing industry and one if its leaders, Netflix, expanded its reach to an additional 130 countries, including South Africa, on 6 January.

The paid for service, which started in 2007 in the US, has since expanded across the world.

“Today you are witnessing the birth of a new global internet TV network,” said co-founder and chief executive Reed Hastings at the launch in Las Vegas.

“With this launch, consumers around the world – from Singapore to St Petersburg, from San Francisco to Sao Paulo – will be able to enjoy TV shows and movies simultaneously – no more waiting. With the help of the internet, we are putting power in consumers’ hands to watch whenever, wherever and on whatever device.”

Users first sign up and then can choose packages starting from $7.99 (about R134 at the current exchange rate). Internet costs are separate and depend on individual packages and service providers.

Netflix is available on virtually any device that has an internet connection, including personal computers, tablets, smartphones, smart TVs and gaming consoles. It automatically provides the best possible streaming quality based on available bandwidth.

What you can watch

Once signed up, members around the world can watch Netflix original series, including Marvel’s Daredevil and Jessica Jones, Narcos, Sense8, Grace and Frankie, and Marco Polo, as well as a catalogue of licensed TV shows and movies.

“In 2016, the company plans to release 31 new and returning original series, two dozen original feature films and documentaries, a wide range of stand-up comedy specials and 30 original kids series – available at the same time to members everywhere,” the company said.

While largely available in English, Netflix has added Arabic, Korean, Simplified and Traditional Chinese to the 17 languages it already supports.

“From today onwards, we will listen and we will learn, gradually adding more languages, more content and more ways for people to engage with Netflix,” said Hastings. “We’re looking forward to bringing great stories from all over the world to people all over the world.”

The service is not available in Crimea, North Korea and Syria because of American government restrictions on American companies.

South African social media users took to Twitter to express their excitement about the launch.

Welcome to South Africa @netflix Our bodies are ready! pic.twitter.com/7f1jppsahl

Okay now that @netflix is officially in South Africa, I suggest we all celebrate by watching @JessicaJones 👩🏻
— Caryn Welby-Solomon (@carrieanne07) January 6, 2016 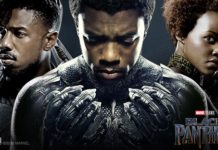