Tsabeng Nthite – Inspired by the need to build a positive  reputation for South Africa, Brand South Africa – through its digital campaign themed ‘CEOs Know’ this week interviewed Ms Nicki Newton-King, the CEO of the Johannesburg Stock Exchange (JSE) who shared her thoughts on why the JSE leads by example.

Touching on the recent transition in political leadership which led to Cyril Ramaphosa being elected as President of the Republic – Newton-King says that this change has brought about a sense of renewed hope – not only for South Africans, but also for foreign investors.

“When foreign investors have come to talk to us recently – they started out with the question ‘is the political change for real’ and what we are able to confidently tell them is that this change has imbued our people with a real sense of home and optimism. They ask us about the Rule of Law, and whether or not we all respect their rights and of course we proudly say that we have one of the world’s most respected Constitutions and one of the most respected judiciary – and these are enormously positive things to say about our country.

“This country is the most extraordinary place to live in, there is a beat that you wake up to every single day. I am inspired by the diversity that we have as a competitive advantage in this country,” concluded Newton-King. 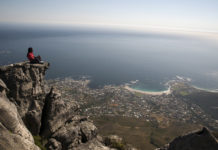