A R3.5-billion state-of-the-art brewery, owned 75% by Heineken and 25% by Diageo, officially opened in Sedibeng, south of Johannesburg.

A R3.5-billion state-of-the-art brewery, owned 75% by Heineken and 25% by Diageo, officially opened in Sedibeng, south of Johannesburg last week, with expansion already under way to exploit the growth opportunities in South Africa’s premium alcohol beverage market.

The Sedibeng Brewery brews and bottles a range of premium beers – including Amstel, Heineken and Windhoek Lager – for the local market. It will also supply ready-to-drink brands Smirnoff Spin and Smirnoff Storm.

Heineken Africa MD Tom de Man described the new brewery – built on an 83-hectare site and including a brewery, production plant and warehouse – as one of the most advanced in the world, built with due care for the environment.

“Heineken is the number two brewer in Africa and the Middle East, and the significant investment that we made in the Sedibeng Brewery with Diageo, one of the largest private investments in South Africa in the past year, shows our commitment in South Africa,” De Man said in a statement last week.

With an initial capacity of 3-million hectoliters, the brewery is already being expanded to increase its capacity by a further 1-million hectolitres by September 2010, in anticipation of growing demand for the premium brands.

Three months ahead of schedule

Sedibeng Brewery MD Johan Doyer said the brewery had been built three months ahead of schedule, enabling the brewing of Amstel to begin in September 2009, while the brewing of Windhoek began in October and Heineken started in December.

“Each of our premium beers are brewed under the watchful eye of Heineken, Amstel and Windhoek brewmasters, in accordance with the original recipes and the highest international brewing standards,” Doyer said.

“All of the South African staff has received training locally, with a large number also being trained overseas.”

Sedibeng employed around 3 500 people on site at the height of the construction, and more than 225 permanent jobs will have been created at the brewery by the end of 2010.

It is estimated that the brewery will generate an additional R1-billion for the local economy through the indirect employment of 100 support service workers and through the local purchasing of packaging and raw materials.

Together with Namibia Breweries, Heineken and Diageo are shareholders in Brandhouse Beverages – a cost-sharing joint venture in South Africa, and one of the country’s leading marketing, sales, and distribution companies for premium alcohol beverages – which will be responsible for managing the brewery’s warehouse.

“The returnable quart segment comprises the overwhelming share of the local beer market, and our ability to offer our customers our premium product in this format will enhance our capacity to meet consumer demand,” said Brandhouse MD Gerald Mahinda.

“Against this backdrop, we believe that Brandhouse is extremely well poised to continue to grow its share and further extend its position as the leading supplier of top quality beers and spirits in the country.

“Sedibeng represents the next step in what has already proved to be a very successful and mutually beneficial association between our companies.” 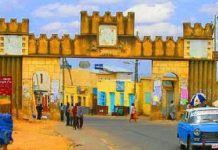 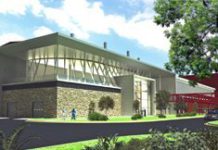