Singaporean businesses, it has been found, do not see South Africa as a viable investment destination. Brand South Africa looked to change that during a recent trip to the South-East Asian city-state.

Research conducted by Brand South Africa recently on international investor perceptions found that the Asian region generally, and Singapore specifically, has low levels of familiarity of South Africa as both a business and investment destination. Geographical and language barriers were cited as two prominent challenges identified by the research.

During the event, high-level dignitaries, including the South African Political Counsellor for Singapore, Sean Pike, and Leigh Gail-Petersen, Brand South Africa’s Research Manager, as well as leading business professionals and representatives from both markets, sought to assess the challenges and opportunities South Africa faces in the Singapore market and the broader region.

Dr Petrus de Kock, the General Manager for Research at Brand South Africa, commented: “Both Singapore and South Africa are global examples of economies which have transformed themselves in a short period of time. While Asia’s growth story is well understood around the world, findings from a recent research project indicate that in Asia there are not similar levels of understanding regarding the business and investment opportunities in South Africa.

“We hope that by educating ourselves on the Singapore business community’s perceptions of South Africa as a business and investment destination we will find ways to strengthen our ties with Singapore and the broader region. This, in turn, will help us to raise levels of awareness regarding the business and trade opportunities available in South Africa and in doing so increase [the] appetite for investment in our nation-state.”

Gail-Petersen commented on the sidelines of the event, saying: “Singapore, and Asia, are important trade markets for South Africa. We are starting to see an increase in interest from Singapore companies in our nation-state, however, there is still considerable work to be done in growing awareness in Singapore of the business and investment opportunities which exist in South Africa. By identifying the challenges and opportunities South Africa faces in the Singapore market we hope to positively shape the image of the nation among the Singapore business community and ultimately, further develop business links between the two countries.”

Following the establishment of its first African regional office in South Africa in 2013, Singapore and South Africa have made recent headway in the development of their trade ties. Most notably during the Africa-ASEAN Business Expo held in South Africa, from 6 – 8 November 2017, which saw several new Memorandums of Understanding signed between the Singapore Manufacturing Federation and the Johannesburg Chamber of Commerce and Industry.

In its 2017 African Statistical Yearbook, International Enterprise (IE) Singapore identified South Africa as the giant economy in the southern part of the continent, highlighting that opportunities for Singapore companies can be found in power generation and the hospitality sectors as well as niche sectors such as education services. According to data from IE Singapore, South Africa is ranked as Singapore’s 33rd trading partner and bilateral trade reached S$2.236bn in 2015. 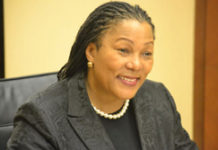 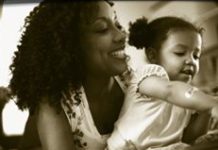 An invitation to do business