India has age old ties to Africa. Under Narendra Modi, who visited Africa for the first time as prime minister recently, the fastest growing global economy is looking to strengthen those diplomatic and economic bonds. 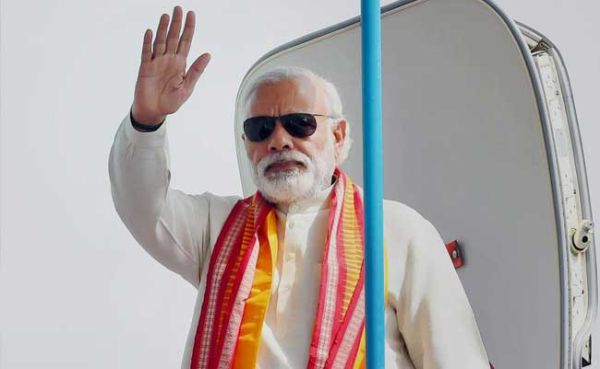 When he took office in May 2014, Indian Prime Minister Narendra Modi inherited a growing economy built on long established trading agreements. Modi is not a traditionalist, he understood that India had an opportunity to flex its trade and diplomatic muscle. Under his leadership, India has become more assertive on the international stage. He has strengthened ties with the USA and the country’s East Asian neighbours.

India’s lobbying for a permanent seat on the UN Security Council offers the African countries that Modi is visiting this week (Mozambique, South Africa, Tanzania and Kenya) an opportunity to strengthen the relationship between the continent and India.

South Africa is India’s biggest African market, accounting for more than 22% of all goods exported to Africa. We are also the third largest African investor in India, those ventures are concentrated in the service and retail industries.

After meeting President Jacob Zuma, 8 July 2016, Modi expressed the hope that India and South Africa would develop stronger ties in the mining and manufacturing sectors. Most important to Modi was strengthening co-operation in the security sector.

“Beyond economic ties, and links of business, trade and investment, we can also partner in the field of defence and security. Both, at the level of industry and for our strategic and security needs,” he said.

As the sector transformed in India, opportunities would become available to South African defence companies. “Our companies can also pool their capacities to jointly develop or manufacture defence equipment and platforms. And, not just to meet our defence needs, but also to respond to regional and global demand.”

It has been Indian policy to work through the UN to promote global peace and security. The country’s peacekeeping operation in Africa, it has provided the largest number of troops to African peacekeeping operations, is part and parcel of its commitment to peace and development on the continent. The four countries Modi visited are all along Africa’s the eastern seaboard and Modi would like to induce them to join in India’s fight against high seas pirates. 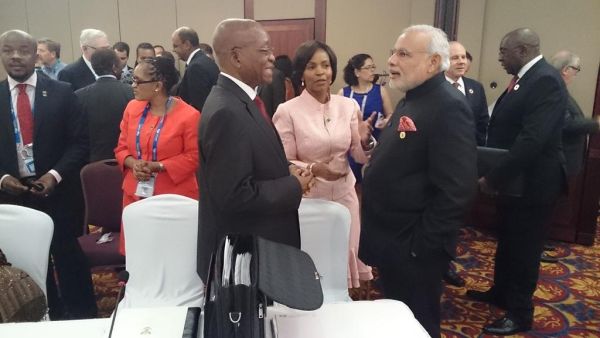 As Modi highlighted after his meeting with the president, “Terrorism is another shared threat that puts at risk the safety and security of our people. It attacks the very foundations of our society. The President and I agreed that our two nations need to stay vigilant and cooperate actively to combat terrorism, both in our region and in the world.”

Is it India’s time to shine in the African sun?

The slow global recovery from the 2008 financial crisis has highlighted the seismic shift in the economic order. Diplomatic and trade relationships between developing countries have superseded traditional north/south trading.

Bi-lateral India/Africa trade has grown by 32% annually between 2005 and 2011. By 2015 the partnership generated $90 billion, a major source of growth and employment creation in Africa during the economic crisis.

In the year that Modi took office India became the fastest growing global economy, it is the seventh largest economy and the third largest by purchasing power. Modi inherited credit agreements between India and African governments worth almost $18 billion. He extended grant assistance to the continent that covered the India-Africa development fund, a $10 billion India-Africa health fund and 50 000 scholarships for African students to study in India.

Trade and co-operation between India and Africa governments have occurred in agriculture, the blue economy, and infrastructure and security sectors. The Indian government has also taken the view that Africa’s growth is good for India and has committed to share expertise and set up training programmes.

The Indian private sector has followed the government example and invested heavily in Africa. China is most often recognized as the dominant new trading partner for African states. The Indian private sector has avoided competing directly with Chinese investment in Africa, instead they have chosen overlooked niches, like Africa’s diamond sector. They have overtaken Chinese investment in areas like agriculture, ICT and medicine.

The new India powerhouse is enmeshed in the Africa Rising narrative. According to the African Development Bank, the continent enjoys a positive trade balance with India. For Africa and India, the relationship has benefits.

India has been aggressive in the agribusiness sector especially. Her deep knowledge in areas like small farm mechanization is helping African governments address challenges like food security. In West Africa, Indian know how is helping to save the regions cotton industry, including building factories to process raw material into finished products. Companies like Olam International have also begun to buy up uncultivated land in East Africa to grow maize, palm oil and rice for export to India.

Indian companies strengthening ties with Africa gives the continent a new source of growth just as the Chinese economy slows down. These companies are also seen as better corporate citizens. Research done by analytics firm HIS has suggested that India’s soft touch approach has earned it plaudits among African governments who have applauded their environmental records and their policy of employing Africans to staff their business ventures.

During his visit to South Africa prime minister Modi travelled by train to Pietermaritzburg Station. Infamous as the station where Mahatma Gandhi was thrown off the train in 1893. An event that birthed his lifelong fight for equal rights, a campaign that changed South Africa and India.

Modi’s train journey is a reminder of the long and close ties between South Africa and India. Ties forged in the fight for equal rights for all. “For me personally, this visit is an opportunity to pay homage to two of the greatest human souls to have ever walked this Earth – Mahatma Gandhi and Nelson Mandela.

While Africa is a region that India cannot ignore, the long history of India’s involvement in Africa has helped grow economic ties. African’s of Indian descent in East Africa are the progeny of the traders that began trading with Africa a thousand years ago. South Africa is home to one of the largest Indian diaspora populations.

The diaspora has helped build ties between the continent and the sub-continent. They were the link between African commodities – tea, coffee, cotton – reaching India and the import of manufactured goods.

Watch: A bond forged by history.