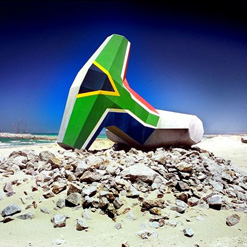 The dolos, a South African invention in which interlocking blocks of concrete are used to protect seawalls and preserve beaches from erosion, at the Coega deep-water port.
(Image copyright Coega)

Where would you expect to find the inventor of the CAT scan, the makers of the “speed gun” used in cricket ovals the world over, or the world’s first oil-from-coal refinery?

There’s a wide range of innovative and entrepreneurial activity in South Africa, backed up by a number of organisations that provide support for budding inventors and innovators.

The product was developed back in 1950 in Pinetown, KwaZulu-Natal, by a Mr Robertson, who reportedly had come up with an effective water repellent that kept rust at bay, eased squeaky door hinges, and made it easy to release rusted or seized nuts and bolts.

Apparently Robertson did not know what to call it but he told his neighbour that it certainly had 20 answers to 20 questions, and the name Q20 stuck.

Today the product, and others in the range, is used widely in South African offices, workshops and homes, and has set the standard for all subsequent similar products from around the world. It is also sold in the US and UK/Europe.

According to Q20 manufacturing company Triton-Leo, the secret to the wonder substance’s efficiency is that unlike oil, it is heavier than water. Once Q20 is sprayed on water, it sinks to the bottom, where it acts as a water displacer and lubricant on the problem area.

The computed axial tomography scan, or CAT scan, was developed at Tufts University in the UK by South African physicist Allan Cormack and Godfrey Hounsfield of EMI Laboratories. Their achievement secured them the 1979 Nobel Prize in Physiology or Medicine.

Cormack’s interest in the problem of X-ray imaging of soft tissues or layers of tissue of differing densities was first aroused when he took up the part-time position of physicist for a hospital radiology department.

The two-dimensional representations of conventional X-ray plates were often unable to distinguish between such tissues. More information could be gained if X-rays of the body were taken from several different directions, but conventional X-ray techniques made this procedure problematic.

In the early 1960s Cormack showed how details of a flat section of soft tissues could be calculated from measurements of the attenuation of X-rays passing through it from many different angles.

He thus provided the mathematical technique for the CAT scan, in which an X-ray source and electronic detectors are rotated about the body and the resulting data is analysed by a computer to produce a sharp map of the tissues within a cross-section of the body.

Sasol is the world’s first – and largest – oil-from-coal refinery. It is situated in Sasolburg in South Africa and provides 40% of the country’s fuel.

The history of Sasol began in 1927 when a White Paper was tabled in Parliament to investigate the establishment of a South African oil-from-coal industry.

It was realised then that, because South Africa did not have crude oil reserves, the country’s balance of payments had to be protected against increasing crude oil imports. After many years of research and international negotiations, the South African Coal Oil and Gas Corporation was formed in 1950.

Major milestones include the first automotive fuel (1955), the construction of the National Petroleum Refiners of South Africa (1967), the establishment in 1990 of its first international marketing company, Sasol Chemicals Europe, and a joint venture agreement signed with Uzbekneftegaz in 2009 to establish a gas-to-liquids venture in Uzbekistan.

Sasol has developed world-leading technology for the conversion of low-grade coal into value-added synfuels and chemicals.

The world’s first heart transplant was performed by Dr Christiaan Barnard in Cape Town on 3 December 1967.

Barnard was born in the town of Beaufort West in 1922. The seeds of his future career were sown when one of his patients delivered a baby boy with a heart defect which could not be remedied. The baby died, causing him to think deeply about the need for remedial surgery and the replacement of heart valves.

A turning point came when Barnard was offered a chance to work in Minneapolis in the US under Professor Wagensteen, a great teacher of experimental surgery. The heart-lung machine was perfected, and this turned out to be the gateway to cardiac surgery.

The idea of transplanting occurred to Barnard. If it was possible with kidneys, why not the heart? After more years of study in the US, he returned to South Africa with a parting gift from Prof Wagensteen – a heart-lung machine.

Groote Schuur hospital was waiting his return in 1958 to start the first heart unit to perform a cardiac bypass operation.

After performing the first successful kidney transplant on Edith Black, in October 1967 Barnard informed Professor Val Schrire, who had built up the cardiac clinic: “Everything is ready for a heart transplant. We have the team and we know how to do it.”

In November 1967, Schrire called Barnard and told him that there was a suitable patient for a heart transplant. Louis Washkansky was suffering from heart failure and was prepared to take the chance. The rest is history.

Barnard passed away in Cyprus, Greece on 2 September 2001 from an acute asthma attack.

The South African-made speed gun, developed by Somerset West inventor Henri Johnson, was formally launched at The Oval in England during the 1999 Cricket World Cup.

In 1992 Johnson, an engineer witha background in sonar and radar, invented the Speedball which was manufactured by South African firm Electronic Development House. The device accurately measures the speed and angles of speeding objects such as cricket and tennis balls.

Generally referred to as a “speed gun”, Johnson’s gizmo is sold in cricketing countries and in the US and Europe. It has also been adapted for other ball sports such as tennis and golf. Johnson has since moved his company to Orlando, Florida, to better keep up with world trends.

The swimming pool vacuum cleaner was invented by Ferdinand Chauvier, a hydraulics engineer who came to South Africa from the Belgian Congo in 1951.

Chauvier quickly realised that there was a huge market for taking the hassle out of cleaning swimming pools, and went about inventing a machine that would do the job automatically, efficiently powered by the ordinary operation of the pool’s filter.

But it wasn’t until 1974 that the first Kreepy Krauly was born in Chauvier’s Springs home.

He died in 1985, but Kreepy Kraulys continue to keep thousands of pools clean in South Africa and the world over.

Gervan Lubbe was flicking through an American medical journal one day when he stumbled across an article about pain relief. After reading all he could on the topic, he wondered whether it would be possible to electronically stimulate the body’s natural nerve impulses to relieve pain.

Lubbe, had always had a keen interest in medicine, but never thought he was clever enough to be a doctor. So in his spare time he studied human anatomy and physiology until he thought he knew enough about the causes of arthritic pain. Then he set out inventing a device that would alleviate the problem.

After building the first prototypes and obtaining approval from the health department and the Food and Drug Administration in the United States, Lubbe formed the company Tech Pulse in 1993 to produce, market and distribute the Action Potential Stimulation device.

Today, Lubbe’s devices are sold in 41 countries, including the US, Europe and the Middle East. In South Africa alone, over 40 000 people use the little machines to relieve pain.

Pratley’s famous glue is the only South African invention that has been to the moon. In 1969 the putty was used to hold bits of the Apollo XI mission’s Eagle landing craft together.

Krugersdorp engineer George Montague Pratley invented his famous sticky stuff in the 1960s while looking for a glue that would hold components in an electrical box.

Pratley died in 1983 and today the company is run by his son, Kim. Hundreds of tons of Pratley putty have been exported all over the world, and the company has diversified into other products.

Dolosse are large, unusually shaped concrete blocks weighing up to 20 tons. The structures are designed to break up wave action and protect harbour walls and coastal installations.

Designed by Eric Merrifield and first installed in East London harbour, they are now used all over the world.

The Coega Project, comprising an industrial development complex and deepwater port 20 kilometres east of the city of Port Elizabeth, recently made history with the casting of the biggest dolosse on the African continent.

A layer of 25 000 30-ton dolosse has been laid on the two breakwaters for the deep-water harbour of Ngqura.

According to Deon Retief, the partner responsible for the Nqura breakwater design at Prestedge Retief Dresner Wijnberg, the dolosse comprise the top layer of the main breakwater which, at 2.5 kilometres long, is the “largest by far” in Africa. 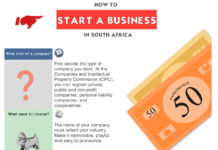 Vuk’uzenzele: How to start a business in South Africa 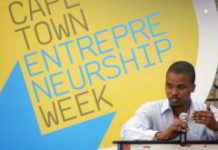 Cape Town to be entrepreneurial hub 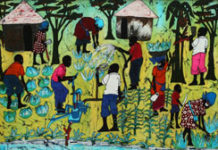