South Africa’s Top 50 most valuable brands in 2017 were announced on 26 July 2017, and telecommunications giant MTN topped the list second year running. But there were also surprising contenders which made the cut.

The South African Top 50 most valuable brands announcement, held at the Nelson Mandela Foundation in Johannesburg on 26 July 2017, is a research project coordinated by Brand Finance and Brand Africa, in partnership with Brand South Africa.

While the top 10 list is dominated by financial and telecommunications brands, there are surprising new entries such as Sasol and Woolworths, representing the industrial and retail sectors respectively.

The top most valuable brands are measured by their financial value and consumer perception.

Overall, Sampson said, some of the top brands enjoyed growth over the last year, despite the country’s economic uncertainty during the same period. New entrants to the list, including brands such as Capitec, Multichoice, and the Foschini group, showed a promising financial boost, while other established entities such as South African Airways (SAA), Bidvest, and Mediclinic’s brand value dropped significantly.

Capitec, for example, saw a 25% boost to its brand value in 2016/17, challenging established entities such as Nedbank and Absa for brand loyalty among consumers.

In addition to a growing consumer base – 8.4-million current customers – Capitec has boosted its earnings to R3.8-billion over 2016/17.

However, it did not make the top 10 because of the dominance from the banking sector – in addition to Absa and Nedbank, the top 10 also included Standard Bank, FNB, and Investec.

The nine banking brands on the top 50 list outperform all other sectors with its combined brand value of R100-billion (25% of the total brand value of the list). 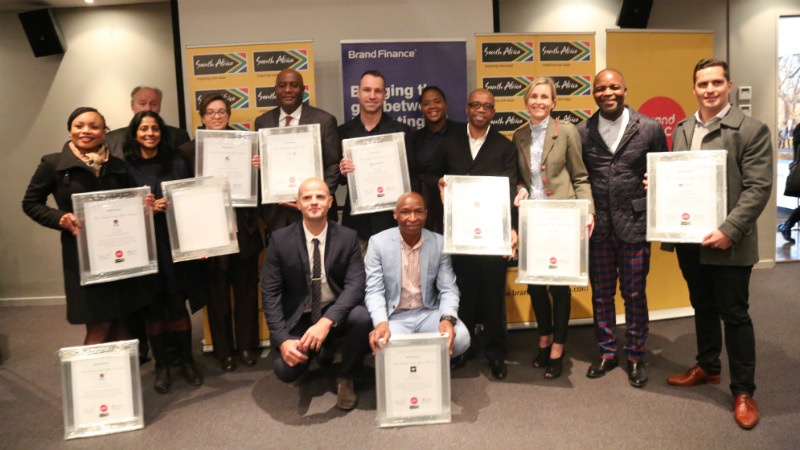 Most noticeably, SAA saw a significant drop of 24% in brand value. A company like Mediclinic, that had a 22% drop in brand value, would most likely stabilise in a booming health care industry over the next five years, said Sampson.

“[Overall in 2016/17], the top 10 South African brands have grown in value by 3%. What did the economy grow by? [Approximately] 1%, maybe less. Brands are out-performing the economy. That is why brands are so important,” Sampson said, adding that brands act as ambassadors to the rest of the world which in turn add value to credit agency ratings, investment opportunities, and international perceptions.

“South Africa is in many ways typical of an emerging market with an economy founded on natural resources and mining, underpinned by banking and telecommunications. However, when a country is struggling to grow at 1% whilst its brands grow by 3% it says much about the future potential if not interfered with,” said Sampson.

Telecoms and the Africa factor

Influence on the rest of the continent was also a vital factor for a strong brand, said Ikalafeng.

Only 17 of the top brands have a footprint in Africa. MTN continues to dominate on the continent, despite growing competition from Vodacom.

On the top 50 list, telecommunications brands combined are valued at R73-billion, second to banking.

Despite being the number one brand, MTN still dropped its brand value by 30% in 2016/17, losing over R13-billion of its brand value. The company, Sampson said, has had a “torrid time” in the market over the last two years, facing up to a number of regulatory, consumer perception, and political challenges.

The overall message of the top brands research is that, despite an uncertain economic environment, brands can sustain and even increase growth by finding new ways to meet and conquer challenges.

Closing the event, Brand South Africa’s Dr Makhubela pointed out the fragility of nation brands affected by political changes and citizens’ uncertainty, citing examples such as the Donald Trump presidency and Brexit after-effects.

But it is possible to overcome political and social challenges without sacrificing the constructive role of brand-building by both corporations and individual citizens, he said.

For a more in-depth overview of the top South African brands for 2016/17, visit the Brand Finance website.