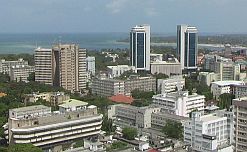 Zantel’s new 3G network will be rolled out
from the capital, Dar es Salaam, in April.
(Image: Travel Journals) 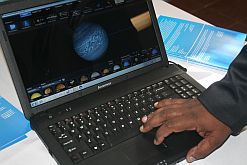 Internet connectivity in Tanzania is set to improve when Zantel, a major mobile operator, rolls out its 3G network in April 2011.

The company, which operates both fixed-line and mobile phones, is the fourth biggest telecom in the country in terms of a market share at 5.8%, according to market analysis study carried out by competitor Tigo in 2010.

The 2.5G technology currently used by Zantel limits its market penetration and growth, but the new 3G technology will allow it to become a converged services provider capable of delivering data, wholesale and voice services, the company said.

The new network will allow it to offer high-speed mobile internet access, mobile video-conferencing and videophone, among other services not possible with its existing 2.5G structure.

Zantel hopes the improvements will help it score more customers and high-profile clients. It’s looking at increasing the corporate clientele, whose work relies on rapid-speed internet.

“In this case, our focus will be on enhancing network quality for an improved customer experience when using our services,” Zantel CEO Norman Moyo said in a statement.

The new 3G network will be rolled out in phases. Capital Dar es Salaam and Zanzibar will be the first areas to be covered while it’s being extended to other parts of the country.

Vodacom became the first operator to introduce 3G technology in Tanzania in 2007 and Tigo’s study found that Vodacom now enjoys a 34.8% market share.

Zain, a company in which the government owns a 40% stake, launched its 3G services in 2008.

Tigo remains the second largest mobile operator in the country. It introduced 3.5G internet technology in January 2011, which it promised would offer the fastest connectivity in the country.

The company, which introduced Tanzania’s first cellular network in 1994, is credited for having inspired the voice call price-slashing revolution in the country.

Tanzania is identified as one of the sub-Saharan African countries with a stable economy, and is expecting growth of 5.8% in 2011.

Internet usage has skyrocketed over the last few years. About 4.8-million Tanzanians were estimated to be using the internet by June 2010, according to a recent study conducted by the Tanzania Communications Regulatory Authority.

This number came against the backdrop of only 11% of the population having access to the internet, which was an improvement from 5% in 2005. Tanzania has a population of more than 42-million.

Tanzanian companies have invested heavily in fibre-optic cables that have recently come onto the market. Zantel is a shareholder in WIOCC, a consortium of African groups that owns a major stake in the 10 000km East African Submarine System (Eassy).

TTCL also invested in Eassy. The traditional fixed-line operator connected to the submarine fibre-optic cable Seacom in July 2009, and is a major role-player in internet and mobile services as well.

Tanzania’s government recognises the necessity of expanding internet connectivity systems as a way of fast-tracking development in the country.

New 3G networks are also expected to roll out in Kenya and Zambia, both bordering Tanzania, in the second quarter of 2011. Airtel is to launch its new 3G networks in the countries via local subsidiaries.