Solar Sister empowers women in Africa to be entrepreneurs. They earn an income through selling solar power products, bringing light to homes across the continent and ending the terrible fires caused by candles and paraffin lamps that can devastate whole communities. 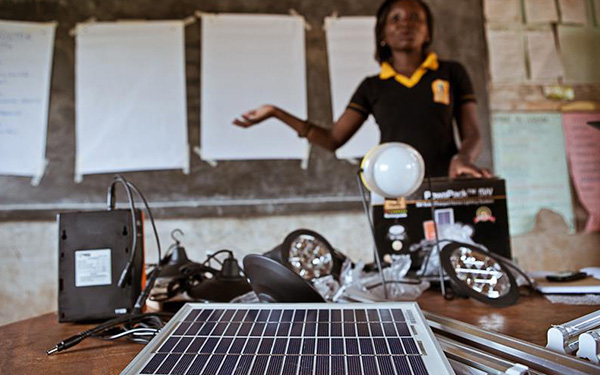 More than 180 000 people in Uganda, Kenya and Tanzania are relying on solar power products instead of electricity. (Images: Facebook)

In a world where not having electricity is the norm, Solar Sister has stepped in help with solar-powered products instead of candles, firewood and paraffin stoves and lamps.

The non-profit organisation works in countries such as Uganda, Kenya and Tanzania, where female entrepreneurs sell solar products. Their efforts are making it possible for children to study at night; they are also curbing fires, which frequently result in devastating loss and death.

Solar Sister, founded by Katherine Lucey and Neha Misra, was launched in 2010 with 10 female entrepreneurs. Five years later, it has trained more than 1 300 women for the programme. Products the women have sold already are estimated to have improved the lives of more than 180 000 people so far.

Lucey, who worked as a banker in the energy sector, left her career of 20 years to spend more time with her children, she told the American news portal, Huffington Post. But she got restless. 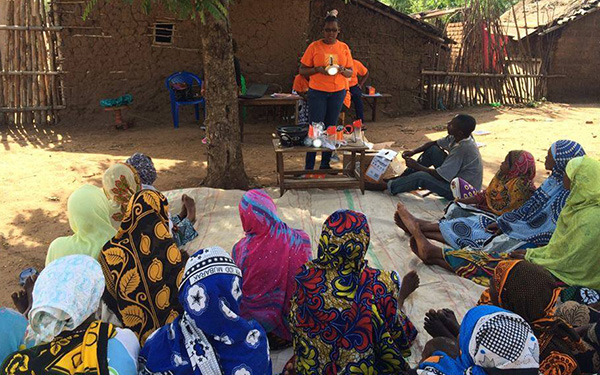 This initiative has already trained more than 1 300 women for the programme.

When she started looking for work again, she kept in mind what she had done before. “I was focused on the energy sector, so on deals for building power plants,” she explained. “They were about $2-billion a clip and most of my work was in developing countries. Working in these areas, I got to see at the infrastructure level that energy was fundamental to the development of nations. There hasn’t been a nation which has successfully industrialised without energy.”

The idea of bringing solar-powered energy to Uganda using a micro-consignment model sounded good, prompting Lucey to join an organisation called Solar Light for Africa, of which she is now a board member.

Solar Light for Africa is a non-profit Christian organisation whose mission is to transform and empower the people of Africa by providing light and energy using the natural power of the sun. Its goal is to educate the public on the advantages of renewable energy.

This realisation sparked the idea for Solar Sister. The organisation provides women with planning and materials to sell solar-powered lanterns to replace the paraffin lamps that are the main source of light in Uganda. “These aren’t the pretty Coleman lanterns you find at a sporting goods store,” Lucey said. “They burn incredibly toxic, smokey and expensive kerosene.”

Paraffin, or kerosene as it is known in the US, is a combustible hydrocarbon liquid widely used as a fuel in industry.

Women could be the strongest asset in a household, and to Solar Sister, said Lucey. “The best way to introduce new technology into a household is by a woman hearing from her sister or cousin, ‘I use this at night and my child is doing better in school’, or ‘I know that you lost a child to a kerosene fire last year, and I have a solution that will make sure that never happens again.’ This is the most effective sales force in the world, bar none.”

About business, her advice is: “I highly recommend people get involved and work outside of your own sphere. It just expands your world.”

The female entrepreneurs sing the praises of Solar Sister. Rita Adongo, in Uganda, said in a YouTube video that she knew most people in her village used firewood or paraffin lamps because they did not have electricity. “That is so much risk to the people in our community. There are things that come on the market – like now we have solar products.”

Stella Aloyo, a regional sales associate in Uganda, said people were excited about Solar Sisters. “They are no longer bothered by kids saying: ‘Aah, there’s no fuel, there is no kerosene today. I will not read my homework.'”

Her job includes recruiting, training and supporting Solar Sisters. “We have social workers who are entrepreneurs and we have students as entrepreneurs.” 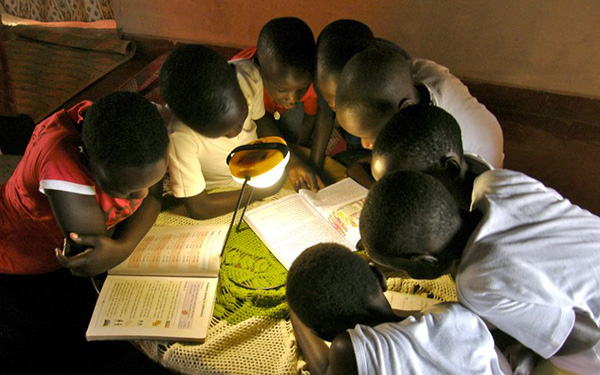 When Solar Sister is near, children no longer have to complain about not having paraffin or candles to study.

Fiona Okomo, an entrepreneur, said they were lucky to not have any utility bills. “Solar Sister has only one bill – the sun.”

Many of the entrepreneurs also said they were now able to pay their children’s school fees. One client earned €4 (about R54) per month before being approached by Solar Sisters. She now earns up to €14 (about R190) because she can work at night using her solar-powered light. “I work very hard for myself and my children.”

Watch how Solar Sister made a difference in these women’s family life: