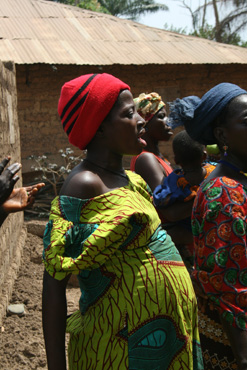 Barriers to getting women into power
must be removed, says NGO Oxfam,
including having to be a member of a
political party, attend meetings, pay
taxes, and pay money to the party before
running for election. 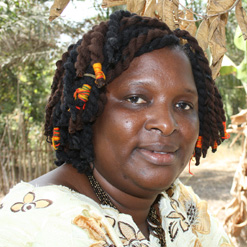 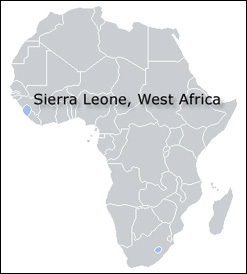 In Kailahun, Sierra Leone, the poorest region in the world’s poorest country, women are trying to effect change on the issues that matter to them – maternal mortality, girls’ education, teenage pregnancy, literacy rates for women – by entering political office.

One in eight Sierra Leonean women die in childbirth, the majority of women are illiterate, and just one in five girls finish secondary school, according to the UN Children’s Fund’s 2009 State of the World’s Children report.

“We have to advocate for change in the issues that affect us,” said Marie Jalloh, a member of parliament for the Bombali district and one of Sierra Leone’s 17 female parliamentarians. “And we need to take informed decisions about our lives – our health, our children’s education, economic empowerment of women. The best way to do this is by getting into power.”

Sierra Leone is still recovering from the devastation of nine years of civil war, which began in 1991 and was only brought to an end by the intervention of Nigerian and UN troops in 2000. Since then, almost 72 500 former combatants have been disarmed, the country has reestablished a functioning democracy and is showing signs of a successful transition.

“We realised that one of the causes of the war was bad governance and exclusion of marginalised groups,” said Vrinda Dar, Oxfam programme director in the capital Freetown. “Without good governance nothing will work, so we decided to promote equal representation of women in political leadership.”

The programme targets all levels of power, from ward committees to district councils in Kailahun in the east and Koinadugu in the north, aiming to dismantle barriers women face in entering politics.

Oxfam staff teach women to read, train them in public speaking and campaigning techniques, and try to ease fears among traditional chiefs and local politicians that women in power pose a threat.

Women also have to overcome political rules that often block them out. In Sierra Leone candidates standing for a political party must be a longstanding member and have contributed financially to the party, regularly attend meetings and pay local taxes, according to Koinadugu women’s group chairperson, Haja Bintu Mansaray.

These criteria automatically bar most women from engaging, as they are too busy running the household to attend meetings, and their husband will pay taxes in his own name, she said.

Oxfam and local NGOs encourage women to pay local taxes themselves and show women ways to manage their time so they can attend meetings. In Kailahun Oxfam has given some women’s groups rice milling machines to free up time by unleashing women from hours of manually pounding grains.

Candidates choosing to run must also first be accepted by their political party’s electoral committee, which is not easy, according to Florie De Jager Meezenbroek, governance programme director for Oxfam in Sierra Leone.

“We have found in Kailahun and Koinadugu, where political parties want to gain ground, women can be seen as too risky as they aren’t viewed as vote-catchers,” Meezenbroek said.

More than that, there remains male opposition to female power.

“Men are trying to change their attitude but we still have a lot to do … especially in rural areas, where men are still threatened by the presence of women … they think it takes power away from them,” MP Jalloh said.

Jalloh entered politics after graduating with a Master’s degree in communications and gender development from Njala University in the capital Freetown. She spent many years working for international aid organisations, including in Guinea, where she and her family fled during the war. She ran for political office in the 2007 elections and won.

In the run-up to her election as MP for the All People’s Congress in Bombali, members of the opposition parties used every tactic to knock her out of the campaign, she says.

“I faced a lot of intimidation when I was campaigning,” Jalloh said. “I’m only the second woman in the history of this region to become an MP. My husband thought I was crazy. I had a good job and I’m doing this for less money, but I want to make a difference. I have been a women’s activist for years.

“People in office in my district used all their power to try to eliminate me from the race. Dogs came, vehicles came, they wanted to kidnap me. A gang of youths intercepted me on my way home one day, and warned me not to return there – that I would be taken away.

“I went to the police station but then later I thought they might turn against me so I escaped through a narrow gate and spent the night in the hospital quarters. For the next week I moved around, never in the same place twice. But I had connections, and I told a lot of journalists what was going on.

“My husband lost his job because of me. They asked him to resign to try to get to me.

“Women need to be economically and academically strong and steadfast if they want to make it in politics in Africa. Women here are not economically empowered. If you don’t have money you can’t even campaign.

“I want to see my people grow and change. That is why I went into politics.”

Oxfam’s Meezenbroek has found that this form of harassment is widespread in Sierra Leone.

“There is lots of harassment of women in elections,” she says. “We encourage women to keep on going as long as it’s safe. If the parties don’t vote them in, we encourage them to run independently.”

Eight of the 17 women in the 2007 Kailahun race were independents. And Meezenbroek said she knew of no woman who stepped down due to pressure.

Results of the 2007 poll were mixed: Eight women candidates were voted onto the district council in Koinadugu, which previously had no women, while in Kailahun the number of female winners dropped from seven to three.

But Susan Vandy, chair of local non-profit organisation Kailahun Tortoma Women’s Network (KTWN), at a celebration in Kailahun for International Women’s Day on 8 March, said the numbers do not tell it all.

“This [the Kailahun result] was a pity, but all the women candidates stood together and by doing this they increased awareness of women’s issues, and many of the votes were very close.”

The three women who were voted in occupy more serious, strategic roles, she added, which shows women are gaining ground.

Added district councilor Sam Amara: “You can really see the difference in the council now that women are mobilised. In the past women were put in charge of only gender issues, but now there is a woman in charge of education, and it is having an impact in boosting girls’ school attendance.”

To ensure they keep up the momentum, KTWN’s Vandy said, women candidates must unite and support each other.

“Strengthening our networks keeps up political momentum on women’s issues … In Kailahun now we are well-organised. We are able to keep up the pressure for our leaders to take action. This must continue if our daughters are to go to school, our health clinics improve, and if we are to become financially stronger.” 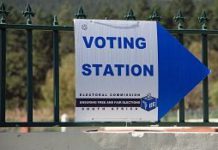 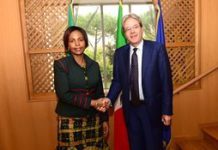 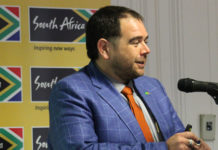 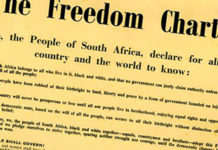