In the developing world, there are still 4-billion people who are not connected to the internet. The World Economic Forum aims to work with governments and civil society to close that digital divide, starting with programmes in Rwanda, Uganda, Kenya, South Sudan and Ethiopia. 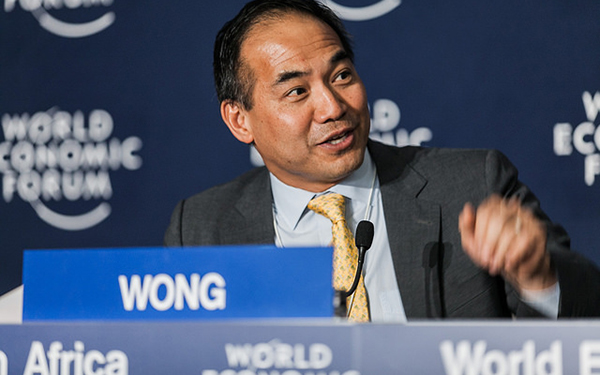 Access to the internet gives people the ability to educate and empower themselves. But according to a recent report from the World Economic Forum (WEF), Internet for All: A Framework for Accelerating Internet Access and Adoption there are still 4-billion people, mainly in the developing world, who go without the internet.

“The internet has become a pervasive, fundamental part of daily life,” said WEF executive Alex Wong. “But low internet penetration significantly impacts a country’s ability to participate in the digital economy, which is becoming an increasingly important priority for development as Africa, like the rest of the world, enters the Fourth Industrial Revolution.”

He said it was time for governments, business, and civil society to break down the digital divide for the 55% of the world’s population who remain unconnected.

Infrastructure: People aren’t logging on because a good, fast connection is not available – 31% of the global population don’t have 3G coverage, while 15% have no electricity. In sub-Saharan Africa some 600-million people, almost two-thirds of the region’s population, don’t have regular electricity.

Affordability: The cost of devices and connectivity is another factor preventing many from accessing the internet, especially the 13% of the world population living below the poverty line. Broadband is only affordable for 100% of the population in only 29 countries.

Skills, awareness and cultural acceptance: A key barrier for some is education – 15% of adults globally are considered illiterate. There are also cultural issues, with women up to 50% less likely to be using the internet than men.

Local adoption and use: The vast majority – 80% – of online content is only available in 10 languages, which only about 3-billion people speak as their first language. 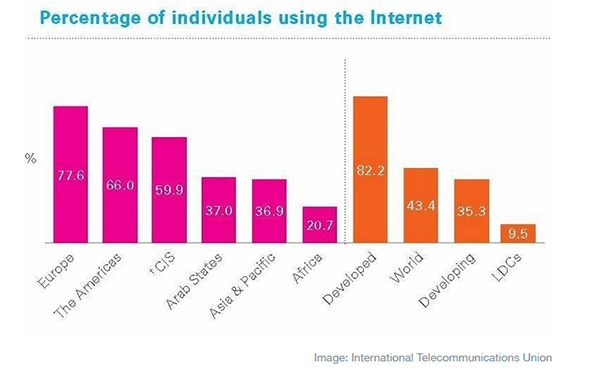 Only 20.7% of Africa’s population is using the internet. (Image: WEF)

Only 20% of Africans use the internet – we must fix this digital poverty now https://t.co/QV6RqJ8zwv #internet4all pic.twitter.com/mJKhVw1BcY

WEF urged governments to introduce policies that aim to improve infrastructure coverage and quality, provide financial assistance to those who cannot afford to get online, and set up public Wi-Fi.

The report recommended adding ICT to the curriculum in schools and providing training to communities. A public-private collaboration is needed to close the global digital divide, it suggested.

There is a framework included in the report for both governments and businesses to work towards. “The programme is being implemented in an initial project in Rwanda, Uganda, Kenya, South Sudan and Ethiopia, where 75-million people – 67% of the total population in these countries – currently have no access to the internet.”