The World Economic Forum on Africa is
held under the theme Shaping Africa’s
Transformation. 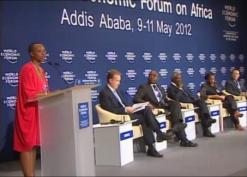 The 2012 World Economic Forum (WEF) on Africa is in session in Addis Ababa, Ethiopia, from 9 to 11 May. The theme for this year’s event is Shaping Africa’s Transformation.

The three prominent areas of focus at WEF Africa are the need to strengthen African leadership and promote and sustain political stability; accelerating investment into Africa’s frontier markets, and boosting the competitiveness of the continent’s manufacturing sector; and providing shared opportunities and access to innovation.

Besides the varied and engrossing discussions, delegates will be treated to a dinner and soiree, hosted by Ethiopian prime minster Meles Zenawi, which will include a 90-minute revue of Ethiopian and African music.

They’ll also have the chance to visit the Ethiopian Commodity Exchange, said to be the first of its kind in Africa. The institution has revolutionised Ethiopia’s agricultural sector by creating a new marketplace to serve all market stakeholders.

Even in the early sessions, the event has been characterised by a marked sense of optimism and hope for the continent’s future.

“This is the 22nd meeting on Africa,” said WEF executive chairperson Klaus Schwab, speaking at the opening plenary, Africa in the World Economy – From Tigers to Lions?

“Looking back over the last two decades, I can see the difference in the atmosphere and attitudes that characterise WEF Africa,” he said. “At the very beginning there was substantial cynicism and scepticism, then we moved to realism, and today there is only pragmatic optimism.”

Schwab said that WEF Africa has become the “platform for concrete action”.

Also speaking at the plenary, former executive director of the World Food Programme Josette Sheeran, now WEF vice-chairperson, said that the era of the African farmer has come.

“The world can’t feed itself without the produce from Africa,” she said. “I believe we’re at that tipping point and in 10 years from now, we’ll see Africa feeding not only itself, but also the world.”

All speakers emphasised the crucial necessity of extending the continent’s growth to include all of its residents, saying that none should be left behind.

“An African farmer should not only grow coffee, but be able to enjoy the coffee he grows,” said Hlahla.

WEF Africa delegate Miller Matola, the CEO of Brand South Africa, believes that the African growth story has been undermined by the actions of international bankers, political analysts and credit ratings agencies.

Yet he is heartened by the greater confidence Africans are showing in their continent.

“According to recent Ernst & Young research three of the top five fastest growing investors into new projects in Africa between 2003 and 2011 were the African economic power houses: South Africa, Nigeria and Kenya.”

In the same period, said Matola, South African investment into Africa has grown at a rate of 64.8%.

“Over the last decade South Africa has been the leading foreign direct investor in Africa though it is now being joined by China and other developing nations. Now our state institutions have been authorised to invest – particularly in infrastructure and industrialisation,” said Matola.

He attributes the unprecedented growth in Africa in the past decade to greater democratisation and stability, economic reform, urbanisation, improved uptake of ICT and financial services, a younger, growing and more affluent population, and the ongoing resources boom.

The rest of the world, too, is recognising the possibilities that await on the African continent in terms of building new roads, rail, ports and other infrastructure that link previously isolated countries and regions. The added bonus is the expansion of free trade areas which will eventually encompass the whole continent.

“Investors are very excited about the pending 26-African-nation free trade area covering Southern, Central and East Africa,” said Matola. “By June 2014, nearly 60% of the economy of Africa with a combined GDP of US$1trillion (R8-trillion) and encompassing 600-million people will be a single free trade area.”

He added that systems are being put into place. “Already we are creating the urban development corridors, the networks of interlocking regional infrastructure, and reducing the non-tariff barriers which will unlock these huge markets.”

Over the last 10 years, the African continent has seen six of its countries named among the world’s fastest-growing economies, according to a December 2011 article in The Economist. Countries such as Botswana, Angola, Ghana, Nigeria, Zambia and Mozambique are all showing positive, encouraging GDP growth, and they are not the only ones on the continent.

WEF host and home to the African Union and the UN Economic Commission for Africa, Ethiopia is the second most populous country in sub-Saharan Africa and a prime example of the continent’s fast-growing economies.

The World Economic Forum described the continent as being “on the brink of a major transformation”, and went on to say that the outlook for the region remains bright at a time when the rest of the world is facing major political and economic challenges.

However, cautioned Transnet CEO Brian Molefe, speaking to South African media at the event, Africa should not be heavily influenced by the worldwide economic downturn when making its long-term infrastructure investment decisions, as this situation is temporary. Instead, policy-makers should have a more distant and more optimistic vision.

According to the WEF, it will take bold ideas to achieve the continent’s aspirations in the new global context, and if Africa’s leaders are to succeed, they will have to be strong on regional, national and industry levels, and should also take action to change the global tendency to treat the continent as a single country.

In 2012, Africa’s projected growth rate of 6% will be driven by improved macroeconomic and political stability, an ongoing resource boom and a growing consumer base.

Also, deepening links to fast-growing emerging economies and an increasing appetite of global and regional champions for long-term investments in Africa’s frontier markets are fuelling a renewed optimism about the continent’s future.

Strengthening Africa’s leadership, accelerating investment in its frontier markets and scaling innovation will be essential in transforming Africa’s growth story into shared opportunities for present and future generations. 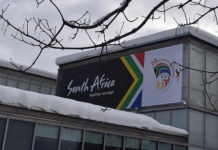 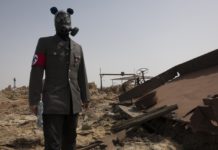 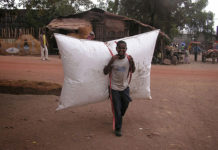 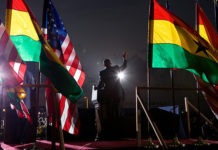