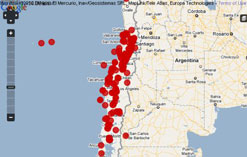 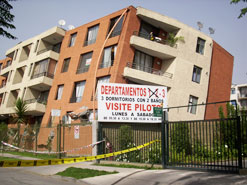 ’s Ushahidi group, based in , is supplying valuable data to facilitate rescue attempts in the aftermath of the 8.8-magnitude earthquake that struck south-central on 27 February.

Ushahidi (Kiswahili, meaning “testimony”), is an open-source platform for real-time citizen-generated data-gathering, especially useful in the event of a crisis or other significant happening.

It was established after ’s controversial election in 2007, which led to a dispute over which of the two candidates had won and escalated into ethnic violence that left about 800 people dead and many thousands displaced. The two parties eventually signed a power-sharing agreement under the guidance of then UN secretary-general Kofi Annan.

The term commonly used for the way the data is collected is “crowdsourcing”, and it alludes to the fact that the data-gathering task is assigned or outsourced to a group or community.

Ushahidi is also the name of the software that powers the site. It was developed by an innovative team of Kenyan bloggers, among them Erik Hersman who is the brains behind AfriGadget, named as one of Time magazine’s top 50 websites of 2008.

The Ushahidi concept is beautifully simple – local eyewitnesses submit their reports via text messages, emails, Twitter or an online form, and their reports are added to a Google map so that events and trends may be tracked in terms of both time and location.

Initially the management team comprised mainly volunteers, but has since become established as a more formal and focused operation, and it now has helpers from around the world.

Reaching out to those in need

The centre was recently called upon to set up a comprehensive Haiti page, providing data about the earthquake that shattered that island nation in early January 2010. The page is available in English, French, Spanish and Creole.

Their experience was needed again just a month later, when the 8.8-magnitude earthquake struck in the early hours of 27 February. Over 700 people are reported dead, with about 2-million displaced.

Its epicentre was just 115km northeast of the city of , the capital of the Biobio region, situated roughly in the centre of the long, narrow country. also boasts the unwelcome distinction of the most violent earthquake in history, the 1960 disaster that struck some 900km south of the capital .

The Ushahidi team sprang into action straight away after the February quake, setting up a crisis website within an hour. Less than 48 hours after the site went live, over 100 reports had already been mapped. This visualisation of the data is invaluable for rescue and law enforcement teams, as they can see at a glance where they need to focus their efforts.

Management of the site was then turned over to volunteers from ‘s and Public Affairs, with a group of Chilean expatriates assisting.

The website can be read in English, French and Spanish. People receiving text messages of help from loved ones trapped in the ruins are encouraged to forward the message to the Chile Ushahidi website, where it will be mapped, enabling emergency crews monitoring the data to note the plea and respond swiftly.

The site is also being used to track incidents of looting and vandalism, and to alert citizens to other issues such as road closures.

The online form offers a variety of notification categories, ranging from emergencies, threats and service interruptions, to dead or missing people and shops that are open.

Because blogs, news reports and even Twitter are at times clogged with useless information, the team has built Swift River, a customised open-source filtering system that screens and validates the incoming data, ensuring efficient use of priceless time.

They have also developed utilities such as SMS Turk which automatically translates incoming text messages. This proved invaluable during the crisis when many messages were sent in Creole and French, and a speedy response was required.

The website was probably the team’s biggest success to date, said Hersman. “It proved what we said all along – you can crowd-source useful crisis information.”

Plotted data was used extensively by relief organisations such as the Red Cross.

During the Kenyan riots, incidents of both violence and peace were monitored with the assistance of a cadre of 45 000 users on the ground.

Accounts were verified, as they are with all the Ushahidi websites, before appearing on the map, using sources such as the Kenyan government, the local and international press, NGOs, and bloggers.

The venture’s success prompted the developers to share their code in 2008 with a South African group, United for Africa, which monitored the xenophobic attacks that broke out in the country in mid-2008.

The team realised that the software needed to be developed far more for it to be used efficiently, so with a donation of US$200 000 (R1.5-million) from grant facilitators Humanity United, they set to work and were ready to release an alpha version of Ushahidi by October 2008.

Three more alphas later, the beta version is now available on the website as a free open-source download, so that others may use it for similar purposes. The developers said it can also be used for less distressing situations, such as corporate internal monitoring.

Many organisations have implemented the Ushahidi software to monitor global events. These include the recent heavy snowfalls in , the widespread swine flu outbreak, the 2009 Indian elections, wildlife tracking in and more.