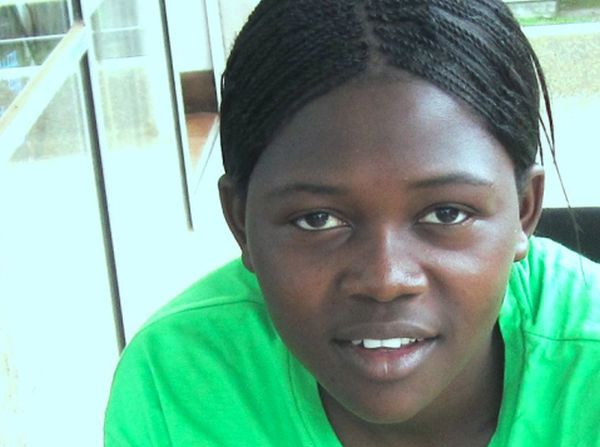 Twenty-two-year-old Ugandan Best Ayiorwoth won the 2013 Anzisha Prize, an award for African entrepreneurs between the ages of 15 and 22 who have developed and implemented innovative business and community projects. (Image:The New Africa)

Many thousands of schoolchildren across Africa, especially girls, are forced to leave school in order to contribute to the upkeep of the household. The rare few turn the situation around, and support not only themselves, but other families too.

One such person is 22-year-old Ugandan Best Ayiorwoth, the winner of the 2013 Anzisha Prize, an award for African entrepreneurs between the ages of 15 and 22 who have developed and implemented innovative business and community projects. She has used the prize money of $25 000 (R274 000) to bolster her business, Girls Power Micro-Lending Organisation or Gipomo, a microcredit business she started at the age of 19.

Ayiorwoth was forced to leave school at the age of 13, a fate she bitterly resented. “Personally, I love being educated. I always wished to go to high standards in my education if it was possible. But unfortunately, I did not have the chance to go to the level of education I wanted and I stopped at Secondary Four in Uganda,” Ayiorwoth told How we Made it in Africa in January.

“I never wanted to stop at that point in my education so it angered me … I would always remind myself that someday when I could, I would ensure that every girl child in my community received the best education they could.”

She had lost her father when she was eight years old, leaving her mother with seven children, in the Nebbi district of northern Uganda. Then at 13, she lost her mother just as she was about to go to high school. She had to drop out of school to help support the family. At 17, she moved to Uganda’s capital, Kampala, where she joined a vocational training school and got training in catering and entrepreneurship through the S7 Project, a skills empowerment centre. Through the centre she got a job working in a Mexican restaurant, and used her first salary to start her own business.

“I wanted to prevent what happened to me from happening to other girls because I knew it was a social injustice. So the first salary I got from the restaurant is what I used to open my organisation,” she told the website.

In early 2011, she returned to her home and started Gipomo, to help girls who, like herself, were forced to drop out of school. She realised that if you empowered mothers through microloans, they would keep their children in school. She made it a condition of her loans: if mothers kept their daughters in school, they would be given a loan, but if they didn’t, they would not be granted loans.

“My organisation has a unique twist in microfinance by providing tied loans to women who make a commitment to grow businesses while keeping their girl children in school.”

With a capital base of just $40, Ayiorwoth started giving loans, at a 10% interest rate, ploughing the profit back into her business. Before long, her mentor at the S7 Project, noticing her progress, loaned her $322 to further encourage her small business. She gives huge credit to her mentor for encouraging her to reach her full potential as a businesswoman.

To date, Gipomo has helped 64 women start their own businesses, 111 women expand their existing businesses, and resulted in 168 girls remaining in school. At the beginning of 2013, Ayiorwoth won $400 in the Fina Africa Enterprise Business Challenge. In August, she won the Anzisha Prize. With a percentage of the money, she has expanded to four provinces in northern Uganda.

Along the way, two women defaulted on their loans, so she worked out a new business model. To access a loan, women have to join with other women, in a group of at least three. The reasoning is that if the women know and trust one another, they can be guarantors for each other’s loans.

“We give them the freedom to choose who they want to be with in a group so that loans are secured. So if one woman has a problem of paying then the two others can always figure it out and stand in for that person,” said Ayiorwoth. “This makes it easy for women without formal collateral to access financing in an easy way.”

Another challenge was working with illiterate women who spoke a variety of languages. This was solved by collaborating with women in local government who would help with communication. Gipomo has expanded to agriculture, launching a Women in Agriculture fund with the government, to support women who need microfinance for agriculture ventures.

Ayiorwoth has just turned 22, and, like all entrepreneurs, has big ambitions for her organisation. Five-year plans include expanding in northern Uganda, with the goal of reaching 5 000 women; 10-year plans include launching her project across the country. “And we can even go further ahead and say that I see my model being replicated in various African countries because I know that the same problems are faced elsewhere.”

This was “a new movement that redefines microfinance; to provide for specific needs in specific communities”. She had the wisdom to see that it could “never be relevant if it has one model. In one community, it should provide affordable finance for girl education and in another, it should provide affordable finance for land ownership – whatever the challenge a community faces.”

She also plans to launch an Education for Girls fund to provide interest-free loans to households wanting to enrol out-of-school girls in skills development programmes. “I believe that once the girls possess practical skills, the chances that they will establish enterprises that apply these skills are high,” said Ayiorwoth. She sees this as developing a new generation of mothers who are skilled, entrepreneurial and empowered financially to support their families, and ensure their daughters’ education.

She believes fiercely that no matter what difficulties people have to overcome, they should treat the experience as something from which to learn, to “seek inspiration from their own experience”.