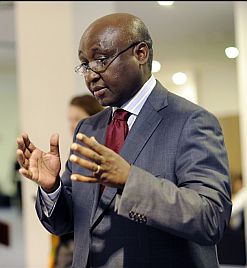 AFDB President Donald Kaberuka sees the
joint investment as an indication of
strong cooperation between the
bank and the World Bank.
(Image: European Parliament)

Tunisia’s democratic transition government is to receive a massive allocation of international funding to help speed up much-needed reform in the troubled North African nation.

The African Development Bank (AFDB) has joined forces with the World Bank to provide US$1-billion (R6.6-billion) for Tunisia’s democratic transition government. The banks announced their joint funding initiative, which will be pumped directly into the national government’s budget, on 3 May 2011.

This investment comes as the new government faces the task of introducing reforms that favour a democratic dispensation. Economic reforms in Tunisia are also in the spotlight as authorities have to create massive job opportunities and improve basic services.

Tunisia’s transitional government was born from a citizen’s revolution that deposed long-serving President Zine El Abidine Ben Ali, who gave up power in January 2011. He’d been President for 23 years.

The Tunisian people’s revolution was closely followed by similar demonstrations in neighbouring Egypt and Libya, as well other Arab countries in the region. While pro-reform Egyptians managed to collapse former President Hosni Mubarak’s government, the conflict rages on in Libya between leader Muammar Gaddafi’s forces and pro-democracy fighters.

Fouad Mebazza, the speaker of Tunisia’s parliament, is the country’s interim president. He’s set 24 July 2011 as the day the country will hold elections that will determine a constituent council. The national body will draft a new constitution and assume executive powers until presidential and parliamentary elections are held at a date yet to be determined.

“The transitional government wants to increase equity, transparency, voice and accountability, and the World Bank can support the Tunisian people in their efforts to achieve these reforms,” World Bank President Robert Zoellick said in a statement.

Cooperation between the banks

AFDB’s President Donald Kaberuka met his World Bank counterpart Zoellick in Tunis, the nation’s capital, on 3 May, where the leading African funder’s temporary headquarters are located.

The joint funding marks stronger cooperation between the two banks, AFDB said. “We are working very closely together to support Tunisia in this period of transition,” Kaberuka said in a statement.

Zoellick added: “We are deepening ties with the African Development Bank.”

Zoellick is currently on a special visit to Tunisia and neighbouring Morocco, and is expected to meet top officials of the Tunisian transitional government. He will end his visit on 6 May.

The World Bank said Zoellick would also visit a rural municipality in Tunisia as well as one of the poorest areas in the country to meet farmer associations and women groups.

His visit to an area that needs development is based on the identified need to empower such areas as well as cities, said the World Bank.

“We are especially interested to see where we can help the most disadvantaged regions of Tunisia,” said Zoellick. “Modernisation and opportunity should not just be on offer in Tunisia’s Mediterranean cities, but also extend to the interior of the country.”

Zoellick’s visit to Morocco will take him to the Deuxiemes Assises de l’Industrie, the country’s major industry conference. There he’ll take part in discussions on how economic and governance reforms contribute to development.

The World Bank recognises Morocco as one of the North African countries that is succeeding in implementing important economic and governance systems.

“Morocco has over the past decade pursued significant economic and governance reforms, and it is important that this momentum persists so that opportunity is provided to its disadvantaged and vulnerable citizens,” said Zoellick in his statement.