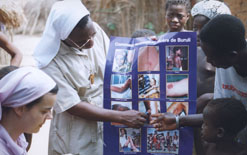 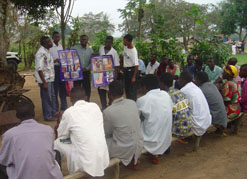 UK-based charitable trust The Nuffield Foundation has launched a collaborative fellowship programme to stimulate African-led research into neglected tropical diseases (NTDs). This is a group of 14 communicable diseases that affect more than 1-billion people – a sixth of the global population – around the world, mostly in sub-Saharan Africa.

In an interview with Scidev.net, Nuffield’s Sarah Lock said that the organisation wishes to “build up a cadre of African researchers in the field and from there to try to build up research centres”.

Not all of these diseases are relevant to Africa. Chagas’ disease, for instance, is only encountered in Latin America. The Nuffield fellowship programme focuses on diseases that are prevalent in Africa, such as schistosomiasis, dracunculiasis, Buruli ulcer and human trypanosomiasis. It also encourages research into dangerous conditions such as bacterial meningitis and viral diarrhoea. The programme will support work to develop new techniques for diagnosis, treatment and prevention.

The fellowship recipients will be selected during the annual NTD conference to be held in Bamako, Mali, during September 2008. One of the criteria for selection is attendance at the conference, where applicants will be required to make a presentation. Recipients will be announced at the end of 2008.

The fellowship programme offers grants on two levels. The junior fellowship, which is targeted at new post-doctoral graduates who will have their degree by the end of 2008, provides up to €90 000 per fellow over three years for salary, travel and research.

The extended fellowship, worth up to €140 000 per fellow over three years, is available to experienced researchers who will need assistants. In both cases provision has been made for an additional €10 000 for a mentorship programme whereby the fellow can collaborate with two leading scientists of their choice – one from an African and one from a non-African institution.

The Nuffield Foundation says that depending on the success of this initiative, it may be possible to broaden support to fellows, mentoring them from junior post-doctoral researcher to research group leader positions in a step-by-step process. Training will in any case be provided in key career skills such as proposal writing and communication.

Breeding grounds for poverty and neglect

Neglected tropical diseases are medically diverse but share certain traits that allow them to proliferate in conditions of poverty – where people have to live with unsafe water, poor housing conditions and poor sanitation. The most vulnerable targets are children. In particular, conflict situations are fertile breeding grounds for the spread of this group of diseases.

While they do not garner the same media attention or donations as Aids, tuberculosis and malaria, NTDs nonetheless contribute significantly to the worldwide cycle of poverty by debilitating people to such an extent that they are trapped in their desperate situation, unable to contribute meaningfully to their community.

The World Health Organisation (WHO) has identified 14 diseases that it says are associated with social stigma and prejudice and as a result are poorly documented. These diseases, because they mainly affect marginalised populations and are not major killers, take a back seat to higher-mortality diseases such as malaria and Aids. “The burden imposed by these diseases, measured in terms of human misery alone, is unacceptable. We are committed to take action,” says WHO Director-General, Dr Margaret Chan.

The WHO feels that NTDs can be prevented, eliminated or even eradicated, provided that there is adequate access to safe and cost-effective tools.

Because NTDs are largely dependent on specific environmental conditions and do not travel easily they are not perceived as a threat to western society. Consequently less support and funding have been provided for the development of diagnostic tools and medications. Data provided by the WHO states that not even 1% of the 1 393 new drugs registered by western pharmaceutical companies during 1975–1999 was for tropical diseases.