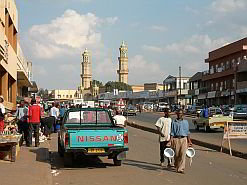 The capital city of Malawi, Lilongwe, is
undergoing huge developments like the
US$90-million hotel and the $70-million
science and technology university.
(Image: Flickr) 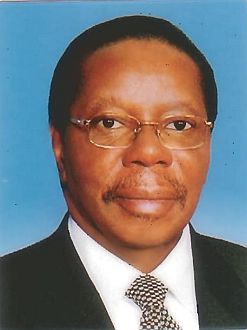 Bingu wa Mutharika, the President of
Malawi, said the People’s Republic of
China has demonstrated that they
are good friends of Malawi.
(Image: The Embassy of the Republic
of Malawi to Japan)

China is cementing its status as one of the biggest investors in Southern Africa with various projects in Malawi, including the financing of a university and five-star hotel.

The emerging Asian superpower has made a pledge of US$260-million (R1.7-billion) to Malawi in the form of concessionary loans and grants to aid development.

The two projects currently under way there are a $90-million (R597-million) five-star hotel, the first in Malawi, and a $70-million (R465-million) science and technology university. Both are using Chinese expertise.

China and Malawi established diplomatic ties in 2007 after Malawi severed ties with Taiwan after 41 years.

A first for Malawi

The five-star hotel is being built by the Chinese firm Shanghai Construction Company in Malawi’s capital, Lilongwe. It will have 14 palatial presidential suites, a 1 500-seat state-of-the-art conference facility and 130 guest rooms of international standards. It’s due to be completed by the end of 2011.

Nine-hundred Malawians are working with the Chinese construction company as part of a job-creation initiative.

The loan to fund the hotel was obtained from the Import and Export Bank of China.

Pan Hejun, China’s ambassador to Malawi, said at a ceremony celebrating the completion of the hotel’s main building and conference centre: “Malawi has the beautiful Lake Malawi, the Mulanje Mountain and wonderful national parks with various wild animals. The tourism industry has huge potential and this will attract more and more foreign tourists to Malawi and enable Malawi to host international conferences such as the AU Summit.”

Bingu wa Mutharika, president of Malawi, said: “The People’s Republic of China has demonstrated that they are good friends of Malawi.”

Malawi’s Ministry of Trade reported in 2010 that trade between the two countries had doubled since 2007, but that it was still doing more trade with South Africa, which accounted for over 40% of Malawi’s total trade of $3.2-billion (R21-billion).

Boost for science and technology

President Mutharika laid the foundation stone at the site of Malawi’s University of Science and Technology during April 2011 to mark the beginning of construction. The project is expected to be completed in 20 months.

Ambassador Hejun said: “The university, which will accommodate more than 3 000 students and boast advanced facilities, will be one of the best universities in south-eastern Africa, and will make great contributions to the national development of Malawi.”

The institution will formally be known as the Lilongwe University of Science and Technology and will be situated in the southern district of Thyolo.

“I believe the university will be able to embrace emerging challenges such as climate change from the start. Many older universities have had to re-orient curricula and research to target climate change and many of the emerging issues.”

The university – which will offer undergraduate, postgraduate and postdoctoral studies – has already established links with the Association of Commonwealth Universities and the UN Educational, Scientific and Cultural Organisation, which will help it access the latest scientific and technological advancements.

Other projects in Malawi being funded by China include the new parliament building, which opened in June 2010 and cost about $41-million (R272-million), a secondary school being built in Thyolo and a 100km stretch of road between Karonga and Chitipa.

Also on the cards are a China-Africa Friendship School in Lilongwe, solar and biogas pilot projects and an agricultural technology demonstration centre. 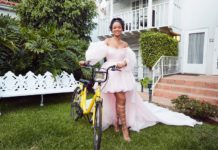