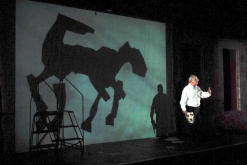 A scene from William Kentridge’s I am not me, the horse is not mine, which is currently on display at the Tate Tanks.
(Image: Absolute Arts) 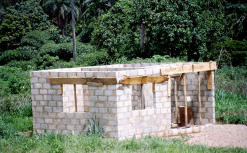 A still from Otobong Nkanga’s Stripped Bare, a series of 10 photographs of structures taken in the west of Nigeria.
(Image: Otobong Nkanga)

London’s prestigious Tate Gallery has turned its eyes to Africa, with plans to bring modern art from the continent to international attention through a two-year programme of exhibitions and performances.

The intercontinental Across the Board programme started on 24 November with the official opening at the Tate Modern in London.

The opening event featured performances in the Tanks, a facility built for performance, film and live works. Nigerian artist Otobong Nkanga, known for her multi-media focus on land and architecture, and outspoken Angolan performance artist Nástio Mosquito were the stars of the show.

Following the launch, the project will be continued in three African cities over the next two years – Accra in Ghana, Lagos in Nigeria, and Douala in Cameroon.

The programme, as well as a curatorial post for African art currently held by Spanish-born Elvira Dyangani Ose, and various new acquisitions from well-known African artists all arose from a partnership between Tate and the Guaranty Trust Bank (GTB) of Nigeria.

The acquisitions include the 12-part Museum of Contemporary African Art by Beninese Meschac Gaba, which will go on display in its complete form in the UK in 2012. Created between 1997 and 2002, the work consists of 12 rooms that represent, to some extent, a biography of the artist – Gaba was married in 2000 in the Marriage Room, according to reports. He also meant it as a critique of Western culture, which, the artist felt, has not given African art its due. Other rooms include the Salon, the Restaurant, the Shop and the Music Room.

The work was partly bought by Tate through its acquisitions fund, and partly donated by Gaba.

Other acquisitions include A Visionary Modernist, an exhibition of nearly 100 works from over five decades of the international career of Sudan’s Ibrahim El-Salahi, whose work fuses European, African, Islamic and Arab influences; Nigerian photographer JD Okhai Ojeikere, known for his striking images of hairstyles; Cameroonian photographer Samuel Fosso; Ghanaian sculptor El Anatsui; and the late Aina Onabolu, considered a pioneer of art education in his homeland of Nigeria.

South Africa’s William Kentridge is represented by a 2008 video installation titled I am not me, the horse is not mine, on display in the Tanks until 20 January, and patrons will be able to view images by award-winning photographer David Goldblatt.

The Kentridge piece consists of eight six-minute films that share a single soundtrack, played in a continuous loop at the same time across the gallery’s walls.

Exploding onto the world art scene

But the exhibition of African art is not the result only of a pull from outside; there is also a dedicated push for exposure happening on the continent. The Tate’s partnership with GTB will help the institution improve its holdings of African art and enhance African artists’ international exposure.

“The partnership between Guaranty Trust Bank and Tate aims to bring the work of African art to the attention of a new audience both in Africa and on the international level,” said GTB MD Segun Agbanje. “We are committed to this and other art related initiatives because we know African artists have a lot to offer the world.”

Tate director Nicholas Serota said: “We are conscious that there is art being made across the world and these areas outside Europe and North America cannot be regarded as the periphery.” Serota also denied that the African focus came about because of a crisis in British or European art.

For the past decade, Tate has been actively collecting art from outside Europe and North America. Tate Modern director Chris Dercon said that the institution is “committed to building a truly international collection showing African artists as part of a global history of modern contemporary art.”

A collection committee set up in 2002, consisting of Tate curators and private collectors directed to pursue art from Latin America, guided the birth of several other committees targeting the Middle East, North Africa, South Asia, Russia, Eastern Europe and Africa.

While the partnership has been welcomed by the majority of people in the art world, there has been some opposition to this internationalisation of African art, with critics accusing Tate of plundering the best of African art in neo-colonial fashion. The gallery has repudiated these accusations, saying the quantities are, in reality, too small to make a difference.

“It is important for African art to be of a major international narrative,” said Ose. “We are not taking everything out of Africa, but we need to tell the whole story of modernity.” Ose also mentioned other projects that will emphasise the less commercial aspect of African contemporary art.

“We are recognising that we need to collect art across the world,” said Serota.

“The way art history has been written over the past decades has been through a focus of national histories,” said Dercon. “We are trying to broaden that and show an international history of art.” 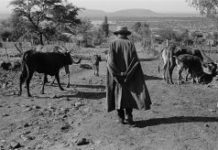 Art auction at Wits to dazzle 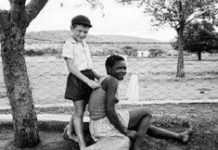 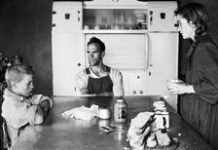