Four South African innovations have made it on to this year’s list of 10 nominees for the Innovation Prize for Africa. Its aim is to encourage local solutions to challenges and inspire continued growth on the continent. The winner will be announced in a ceremony in June in Botswana. 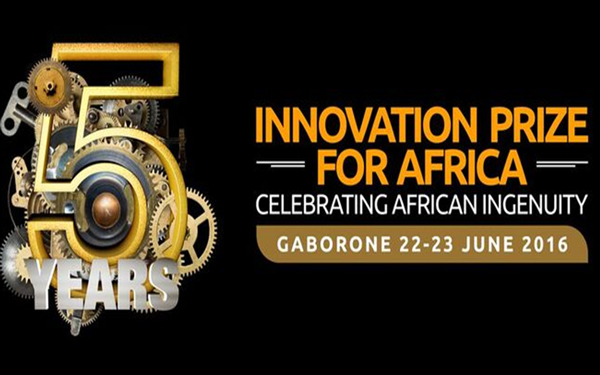 This year’s Innovation Prize for Africa takes place in June in Botswana. Four South Africans are in the running. (Image: African Press Organisation)

Four South Africans have been included in the list of 10 nominees announced for the Innovation Prize for Africa (IPA). Run by the African Innovation Foundation (AIF) and now in its fifth year, this year’s theme is “Made in Africa”. The aim is to create home-grown solutions for Africa to spur growth and prosperity on the continent.

“As Africans, we have the talent, potential and clout to solve our own problems with ingenuity too, and IPA is testimony of this,” said IAP director Pauline Mujawamariya Koelbl. “In the past five years, I’ve seen innovation grow from a mere buzzword to a sturdy path for African growth in multidisciplinary industries across the continent.”

The nominees and their inventions

This year, the nominees include breakthrough innovations in malaria and other public health burdens, smart solutions for farmers and dynamic energy initiatives.

Urine Test for Malaria (UMT) is a rapid non-blood diagnostic medical device that is able diagnose malaria in less than 25 minutes. Africa is still in the process of eradicating malaria. Diagnosis of the disease can take a long time, and if the patient is not treated quickly enough, it can lead to kidney failure, lung fluid build-up, and even death.

The technology in the UMT detects malaria parasite proteins in the patient’s urine. The UMT is simple and affordable, and a potential game changer in managing malaria across Africa.

Api-Palu is an anti-malaria drug treatment developed out of natural plant extract. It is significantly cheaper than available anti-malarial drugs, and has great inhibitory effects on 3D7 strains of plasmodium falciparum, the causative agent of malaria.

The drug is available in tablets, capsules or syrup. It has been approved in Benin, Burkina Faso, Chad, and Central Africa Republic because of its therapeutic and non-toxic effects.

Exatype is a software solution that enables health care workers to determine the responsiveness of HIV-positive patients to antiretroviral (ARV) drug treatment. A growing number of people are increasingly resistant to ARVs. Exatype processes the highly complex data produced by advanced “next-generation” DNA sequencing of the HIV DNA in a patient’s blood. Through a simple report, it detects drugs that are resistant to the patient, then highlights the need to avoid these to ensure successful treatment.

It has the potential to contribute towards effectively managing HIV/Aids in Africa, and also holds promise in helping to detect drug resistance for other diseases, such as tuberculosis and malaria.

If diagnosed early enough, the cancer can be treated successfully. However, because 40% of women have dense tissue, their cancers cannot be seen on X-ray. Furthermore, a false negative finding can have devastating consequences. This world first system is protected by international patents and has been successfully tested in two separate clinical trials with 120 women.

IF you could do one innovative thing to show your LOVE for #Africa, what would it be? #MadeinAfrica #IPA2016 pic.twitter.com/DwGVy5EkQS

The Plate Package (PLPAK) is a software solution that assesses the architecture of building plans or technical drawings, determining structural integrity of the end design. PLPAK applies the boundary element based method to analyse and view practical design of building foundations and slabs.

It enables engineers to represent building slabs over sophisticated foundation models easily, building information modelling techniques and eliminating human error. With the rapid growth of African cities, there is increased demand for infrastructural developments to support the growing population.

Tuteria is an innovative peer-to-peer learning online platform that allows people who want to learn any skill, whether formal or informal, to connect with anyone else near them who is offering that skill. For instance, a student needing maths skills can connect online with someone in their vicinity offering remedial classes in mathematics.

Tutors and learners form an online community that connects them, and once a fit is established, they meet offline for practical exchange. Both tutors and learners are thoroughly vetted to ensure safety, accountability and a quality learning experience.

The Tryctor is a mini tractor modelled on the motorcycle. By attaching various farming implements, it can carry out similar operations as a conventional tractor, but on a smaller scale.

Through inspired alterations to a motorcycle’s engine, gearing system and chassis, this innovation has made it possible to mechanise agriculture in Africa for small-scale farmers in a way that was previously not possible.

Additionally, the Tryctor is easy to use and cheaper to maintain as 60% of its parts and components are locally sourced.

Safi Sarvi Organics is a low-cost fertiliser made from purely organic products and waste from farm harvests, designed to improve yields for farmers by up to 30%.

Safi Sarvi costs the same as traditional fertilisers, can reverse farmers’ soil degradation and lead to improved yield and income. The product uses biochar-based fertiliser that can counteract soil acidity, retaining nutrients and moisture in the soil.

The carbon-rich fertiliser also removes carbon from the atmosphere by at least 2.2 tons of carbon dioxide equivalent per acre of farm per year.

The nominees for this year’s Innovation Prize for come from all over the continent. (Image: IPA, Facebook)

Green Tower is an off-grid water heating and air conditioning solution based on solar power that uses advanced thermos-dynamics to create up to 90% savings in electricity consumption.

With Africa’s middle class rapidly growing and demand for energy outstripping supply, this initiative has the potential for large-scale roll out. Green Tower can conserve limited energy resources, diverting them from heating and cooling systems to more productive industries.

The existence of a smart grid can help to reduce the pressure on existing infrastructure while moving the continent slowly towards renewable energy.

The winner will be announced at a gala ceremony on 23 June at the Gaborone International Conference Centre in Botswana.