The streets of Durban are burning; in Joburg the matches are ready. But the hate of xenophobia has been met with an outpouring of humanity and ubuntu from local celebrities and ordinary South Africans, who have added their voices to the hashtag #SayNoToXenophobia. 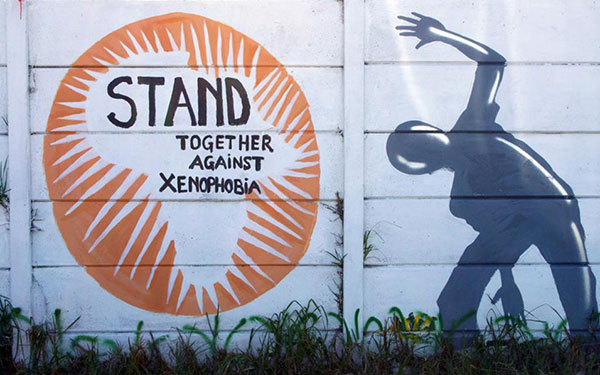 Xenophobic attacks in April in South Africa have prompted much of the population to take a stand against the violence. (Image: South Africa.info)

At least six foreigners have been killed in the coastal city of Durban in the latest wave of xenophobic violence sweeping across the country.

The rage and brutality has been met by resistance from thousands of South Africans, who have taken a stand against xenophobia and expressed their solidarity with all Africans. In the attacks, foreign African nationals have been looted, attacked and even killed by mobs of South Africans. They say the foreigners are illegal, are stealing jobs and must return to their homelands.

On Twitter, the hashtag #SayNoToXenophobia has fast become a trending topic, with celebrities and other South Africans using it to express their outrage. There has been a strong call to end xenophobia, using the ideas of unbuntu and humanity. Among those tweeting have been musicians, comedians, actors, and artists.

Singer Simphiwe Dana, DJ Black Coffee and comedian Riaad Moosa are among those who have added their voices to the call to end to all forms of xenophobia in the country. The government has also condemned the behaviour.

KwaZulu-Natal police have arrested 74 people for various violence-related offences, including murder, public violence, business robbery, theft and possession of firearms and ammunition. In addition, a peace march was held in Durban on 16 April, in which thousands of people participated.

This xenophobia in KZN is so sad. Please lend your support to @GiftoftheGivers to help them support those in need. #saynotoxenophobia

Thank you @RealBlackCoffee for being a voice of peace, love and unity. We Are One!!#SayNoToXenophobia #WakeUpAfrica pic.twitter.com/US8YKzlPWA

There is nothing noble about hating your fellow man, no matter what they look like or come from.

#WeAreOne #NoToXenophobia I am African before I am South African pic.twitter.com/RplyJYcxcn

…and far beyond African, I am A HUMAN, just like the humans who are being attacked!! STOP!!! #NoToXenophobia pic.twitter.com/ac1syruTVs

The Nelson Mandela Foundation called on the humanitarian sentiments of its namesake to tweet its views:

“Few things have angered me as much as this senseless slaughter of innocent people” #NelsonMandela #SayNoToXenophobia pic.twitter.com/zlzIa3wHLC

“We have a concept known as ubuntu, based upon the recognition that we are only people because of other people” pic.twitter.com/XqeORyt6BF 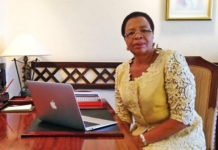