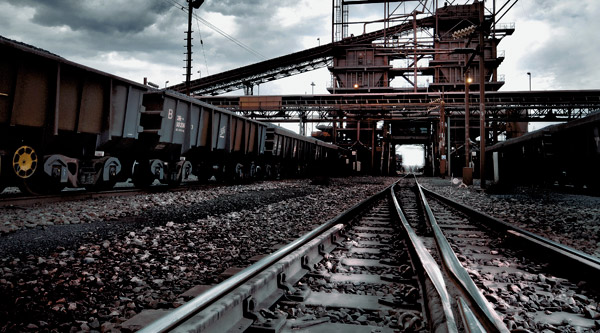 South Africa is actively involved in the economic integration and development of Africa, building much-needed regional infrastructure, promoting the continent’s interests on the global stage, and forming partnerships and free trade agreements with several countries, particularly members of the Southern African Development Community.

In 2013, the South African government announced a R827-billion push over three years to build and upgrade infrastructure. This will be spent not only on the schools, hospitals, houses, roads and electricity supply needed for better quality of life and faster economic growth, but also on infrastructure to improve the efficiency of regional trade.

Some R400-billion of the funds will go to building power stations and rolling out new electricity transmission lines, as well as new railways, ports and pipelines, as well as water-transfer schemes and airport upgrades. This spend will position the country as a base for continent-wide investment.

Infrastructure upgrades also allow South Africa to join other African countries in mutually beneficial projects, unlocking long-term socioeconomic gains for the region. Transport, water and energy projects will provide competitively priced and diversified short-, medium- and long-term advantages for the regional economy. Mozambique’s flagship Cesul electricity transmission project will feed into the Southern African power pool, providing cheap and clean power in the short term. The Grand Inga Dam hydroelectric project, on the other hand, will provide huge benefit to the subcontinent over the long term.

These and other infrastructure projects complement plans to establish a massively enlarged free trade area encompassing 600-million people in 26 countries – roughly half of the member states of the African Union.

With a combined gross domestic product of some US$1-trillion, the Tripartite Free Trade Area is likely to boost trade efficiency in southern, central and east Africa when it launches later this year. The aim is improved intra-regional trade, increased investment, and the development of cross-regional infrastructure. 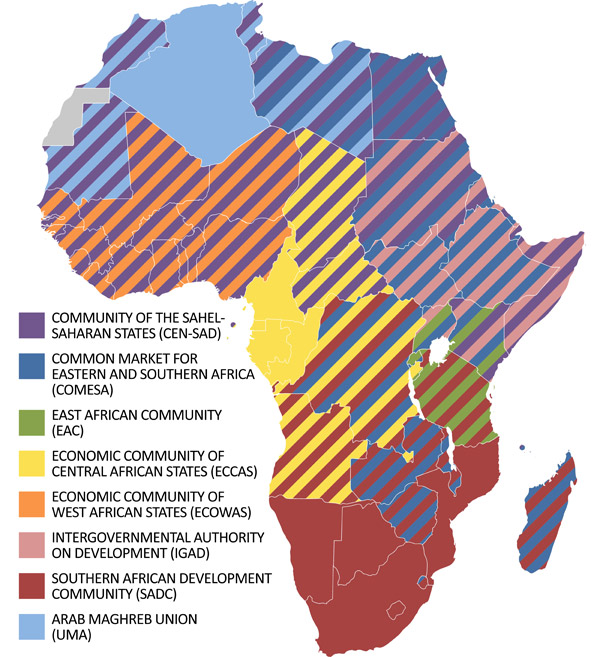 When it comes into effect in June, the tripartite agreement will unite Comesa, EAC and SADC.

In 2013 South Africa’s global rank for trading across borders improved by nine points – from 115 in 2012 to 106 – according to the World Bank’s Doing Business Index. The trading across borders score is determined by measuring the time and cost (excluding tariffs) spent on exporting and importing a standardised cargo of goods by sea transport. It specifically measures of the number of documents, cost and time required to export and import goods.

Also in 2013, the national treasury proposed a new strategy to make it easier for South African companies to do business elsewhere on the continent. The proposal, included in the 2013 Budget Review under the heading “Gateway to Africa and other reforms”, aims to boost local tax revenue, dividends, competitiveness and jobs, while supporting economic growth and regional integration.

Africa accounts for about 18% of South Africa’s total exports, and nearly a quarter of the country’s manufactured exports. In the past five years the South African Reserve Bank has approved nearly 1 000 large investments in 36 African countries.

In March, South Africa will take the African developmental agenda to the summit of Brics nations – Brazil, Russia, India, China and South Africa. Revitalising manufacturing, for example, is a core component of both South Africa’s and the larger continent’s economic development plans.

South Africa is a major investor in Africa and, for many, a springboard into the rest of the continent. Its large investment footprint in Africa enhances its position and allows it to bring African interests into the Brics fold. South Africa is the biggest investor in the sub-Saharan region, with its economic structure and geographical proximity giving it an advantage over other countries when it comes to investing there.

As the Brics countries have begun playing an increasingly prominent role in global trade, investment, finance and governance in recent years, so their cooperation with Africa has gained momentum and generated much interest. Africa has deepened its engagement with them, not only in trade, investment and development finance, but also in diplomatic and cultural relations.

The Southern African Customs Union is a trade agreement between South Africa, Namibia, Botswana, Lesotho and Swaziland. It aims to facilitate the cross-border movement of goods, promote fair competition, and equitably share customs and excise revenue raised by it member sates.

The Southern African Development Community’s (SADC) main aim is to consolidate the region’s free trade agreement. It works to fully implement the agreement and bring all SADC states into it, as well as facilitate trade, remove non-tariff barriers to trade, and harmonise regional standards, technical regulations, customs documentation and procedures.

Finally, South Africa’s investment and trade foray into Africa has, since 2001, been spurred by the New Partnership for Africa’s Development, or Nepad. This is an undertaking by African leaders to eliminate poor governance, corruption and conﬂicts in their countries in return for increased aid, private investment and a reduction of trade barriers by developed nations.