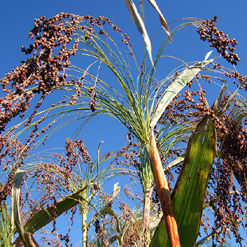 Africans are old hands at growing
sorghum. Apart from using it for beer, it’s
often a staple in many households, where
it is used for porridge, baking bread, and
on farms for animal fodder.

A five-year project by two European brewing giants to help farmers in Africa to grow and harvest sorghum in quantities needed to produce beer commercially has proven to be more successful than anticipated.

Dutch brewer Heineken and British drinks group Diaego, who make beer and non-alcoholic drinks throughout the continent, teamed up with the Brussels-based European Cooperative for Rural Development (Eucord) in 2006 to empower farmers in Sierra Leone and Ghana to produce high-quality sorghum for use in their and other breweries.

According to their website, Eucord is a Brussels based non-profit organisation whose mission is to improve the livelihood of poor people in developing countries by linking them to the market place for ideas, information, technology, goods and services.

Before the project began the breweries would import barley (the grain traditionally and widely used to make beer) to their plants in Africa to make beer, but rising transport costs demanded they find cheaper alternatives that would also be readily available. Although barley is one of the world’s most common grains, it is not widely grown in Africa, growing best in countries with cooler climates such as Russia and Canada.

Since sorghum is the most common substitute ingredient to barley, Africa’s warm climate is conducive to growing the grain and breweries say clients can’t tell the difference between the two finished products, the parties involved combined social investment with business savvy and began this project.

According to an article published in Business Day on 27 February, Heineken and Diaego were apprehensive at first about relying on local farmers for a constant supply of the grain but with the right implements and training provided to them, the farmers have proven to be reliable suppliers. Eucord trained the farmers in cultivation methods that helped to yield large crops of good quality sorghum and arranged access to finance so that farmers could buy seeds and the fertilisers that are needed.

In just over a year, the 1 000 Ghanaian farmers involved exceeded the expected output by 100 tons – producing 800 tons of usable grain, while Sierra Leone who produced just 40 tons despite double the number of farmers also pleasantly surprised the projects mangers. Next year Sierra Leone is expected to triple that amount.

According to Eucord, the total cost of this project is estimated at US$2.9-million, half of which is granted by the Common Fund for Commodity, a branch of the United Nations.

Africans are old hands at growing the grain. Apart from using it for beer, it’s often a staple in many poor households where it is used for porridge and baking bread, and on farms for animal fodder.

Sorghum-brewed beer is becoming popular in other parts of the world. Last year American brewery Anheuser-Busch began widely selling this type of beer there, and for some smaller beer makers like Lakefront Brewery also in the US, their sorghum beer is their bestselling product.