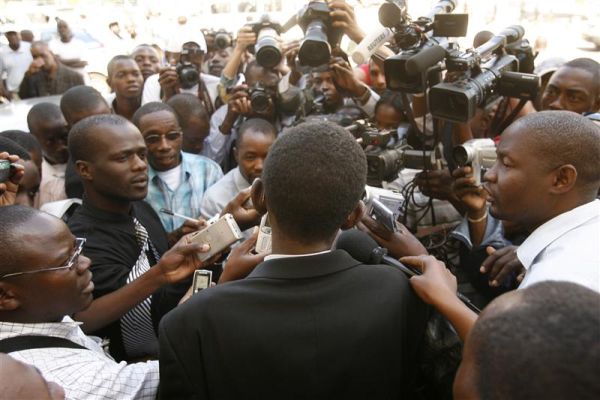 The competition acknowledges outstanding contributions to journalism that report the good stories in SADC. Contributions from journalists across print – words and photographs – radio, television, and digital media platforms that were published between January and December 2013 are eligible for entry.

At the announcement of this year’s competition in Pretoria, Zukiswa Potye, the director of the Government Communication and Information System (GCIS), explained that the awards were first mooted to inspire people to pick up a pen to celebrate the communities in which they lived. For the government, it was a way to celebrate the importance of a free press in southern Africa. The theme for the awards is “Promoting regional integration through journalism” and, as Potye explained, “for South African journalists, entry is about patriotism and celebrating South Africa’s role in the region and the world”.

The government encourages South African journalists to enter to promote SADC’s vision of a regional community founded on economic well-being and social justice. “We are celebrating 20 years of freedom and democracy, an achievement that would not have been attained if other African states did not contribute to emancipating South Africa from the apartheid system,” Potye explained.

It is hoped that the awards will remind journalists of the important part they have to play in fostering the SADC vision and promoting the development of the region. Judges have been tasked to find the best, liveliest, wisest and most provocative journalism produced last year. Potye asserted: “Journalists record history and ensure transparency in the region.”

Journalists working for public broadcasters, commercial as well as community media are encouraged to enter. Each country has its own judging panel, whose selections will then go head to head against those selected from other member states. Through competition it is hoped that the awards will foster unity throughout SADC and strengthen the economic, political and social ties that already exist.

The competition is open to any citizen of a SADC country and entries have to be in one of the languages of the region – English, French or Portuguese – or an indigenous language. Submissions must be between 100 and 2 000 words or up to an hour in length for broadcast entries. “We are looking for the African stories that people are not telling,” Nomonde Gongxeka, the chair of the South African judging panel, explained at the launch of the awards in Pretoria.

The prescence of a free media across the region ensures transparency and builds strong democracies. (Image: IDS)

Photographer Neo Ntsoma, the first woman to win a CNN African Journalist award for photography, is on the South African judging panel. She will be looking for work that showcases the country but admits that judging a young entrant working at community level against a journalist with years of experience may skew the results.

“Yes everyone will be judged the same but competition can also be about pushing yourself, testing your ability against people who have been doing the same job as you for longer. When I started out I would lose to more experienced photographers, but I always went back to find out what my pictures were lacking, what made [theirs] better than mine.”

Winners will receive $2 000 (R22 000) to be awarded at a ceremony at the 34th SADC Summit of Heads of State and Government in August in Harare. All entries must be submitted by 31 March. For more information and official entry forms, visit the GCIS website.