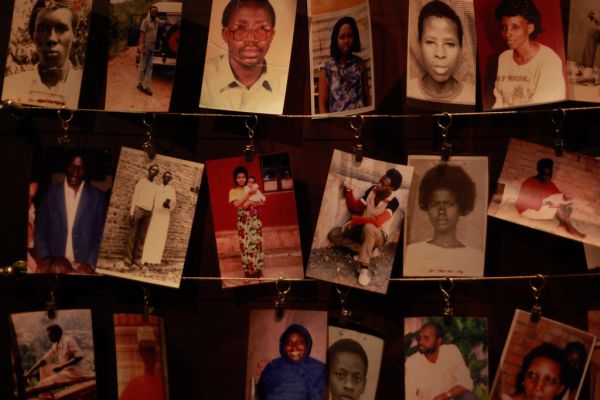 Simple family pictures at the Kigali Genocide Memorial Centre are all that are left to mourn the more than 800 000 dead Rwandese. (Image: Trocaire)

• Bright future for Rwanda’s women
• Cementing peace in the DRC
• A nation of paradoxes: Robinson
• Experts unpack meaning of human rights memorial
• ‘Befriending the mistakes of the past’

Rwanda’s Kigali Genocide Memorial stands high on one of the colline – hills overlooking the capital city. Its rose-filled gardens are an oasis, a place of reflection for the citizens of one of the fastest growing cities in Africa. In the lower garden are three concrete graves where 250 000 victims of the 1994 genocide are interred. Rows of simple white crosses laid out on grey cloth are arranged in front of a wall that will eventually carry the names of all the victims buried here.

The museum is divided into three rooms. The first details the country’s history up to 1994. There had been previous attempts when the Hutu farmers and Tutsi herders tried to exterminate one another. Before 1994, the worst incidents took place in 1959 and then again in 1963 when 20 000 people lost their lives. 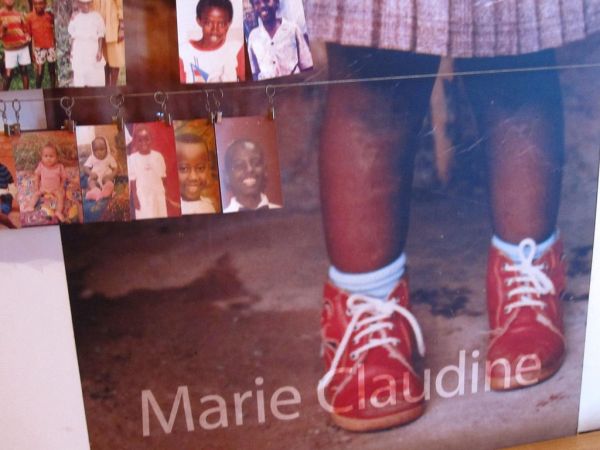 Children were not spared. Some months old had their skulls crushed as they were slammed against walls. (Image: Courtney)

The last room is dedicated to the ordinary Rwandans who met grisly deaths at the hands of their neighbours and priests – at least 800 000 of them. Everywhere you turn there are snapshots, photographs saved from the ruins of burned homes and looted wallets. Pictures of blushing brides and proud parents, parents cradling babies who never got to grow up, and satisfied graduates are hung on wire around the room like laundry. Then you exit into the bright Kigali sun, passing under the words “Rwanda Was Dead”.

The small, landlocked country is dotted with memorials, such as the church in Nyarubye, whose walls were toppled with grenades so Hutu militia could get at the 5 000 Tutsi and moderate Hutus who had taken shelter there. For the people of Rwanda they are all, as Jesus says in Matthew 5:14, “the light of the world. A city that is set on a hill that cannot be hidden.” 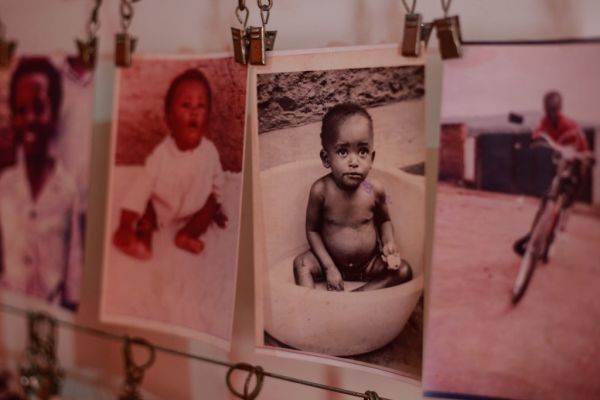 The silence in the Children’s Room at the Memorial centre is disturbed only by sobs. (Image: Trocaire)

For 100 blood-drenched days Rwanda turned on itself. The scale of the brutality, even 20 years later, still has the power to shock. There were 10 000 deaths a day for three months as Hutu killers went about their work – Kasi as they called it – with appalling efficiency.

Rwanda’s 11 million people live in a country of 26 338km² – less than half as big as Mpumalanga at 76 495km². The wounds of the genocide are healing, even in rural villages where survivors find themselves living alongside the people who brutalised them and killed their loved ones. But its population has embraced reconciliation with grace and dignity.

Justice is not punishment

The Rwandan genocide became the most prosecuted, as well. Between the defeat of the Rwandan army by Paul Kagame’s Rwandese Patriotic Front in July 1994 and 1999, the Rwandan government imprisoned 120 000 people tied to the killings. The masterminds were tried in the UN-controlled International Criminal Tribunal for Rwanda, but for the rest of the genocidaires, even in a fully functioning Rwandan justice system, justice would have taken more than a century.

“Justice with ashes,” would be the result if Rwanda sought to punish instead of to forgive, South African Archbishop Emeritus Desmond Tutu reminded the country. Rwandans, and Africans in general, have an understanding of justice that differs from the Western concept of punishment. In the West, justice is based on individual accountability and punishment. When Rwandese speak of justice – utabera in the local Kinyarwanda language – it is in a more collective sense. Crime is seen as shifting the equilibrium of society, and the goal should be to restore communal balance as opposed to punishing an individual.

There is another traditional concept closely related to utabera: ubwiyunge refers to the process of healing relationships within a community. It begins with the public airing of grievances before a gathering of community elders or a local chief. These traditional courts inspired the establishment of gacaca – small grass – courts to hear the majority of the genocide cases. Finding out the truth about what happened to their families mattered more to most Rwandese than imprisoning their neighbours. For the shattered nation, giving the killers a chance to admit their guilt and ask for forgiveness mattered most as they tried to reconcile and rebuild.

Rwanda has tried more than two million people in these community gacaca courts, but reconciliation has become more than just about forgiving the perpetrators. The village of Bugesera outside Kigali houses one-time enemies as neighbours.

For 10 years Laurence Niyongira has lived next door to the woman whose husband organised the killing of her entire family. It is a tragedy that binds both families and one from which they cannot escape. Every Sunday, Niyongira prepares a meal that she serves to them, people she now calls her family. “We have reached reconciliation and forgiven each other,” Niyongira told a reporter from The Guardian newspaper.

Rwanda has enacted harsh anti-genocide laws to build a stable and peaceful society. The presidential candidate for the Rwandan Green Party, Victoire Ingabire, was jailed after delivering a speech calling for reconciliation. Her crime, however, was asking that the nation never forget that there were Hutu who were killed as well.

President Paul Kagame has argued that reconciliation in Rwanda has to be built on a bedrock of strict laws. He told CNN in 2010: “It is working. It is deep. When I see the country stable as it is, when I see the citizens going out there to work on their farms and going to school together, addressing different programmes together, I think it is working.”

Kagame, who has been accused of running Rwanda with an iron fist, has also enacted a number of quality of life laws. Seat belts are mandatory; so is the wearing of shoes in public, even in rural areas. Plastic bags are banned, and spitting and urinating in public are punishable with fines or prison. So Bugesera, like the rest of Rwanda, is squeaky clean.

But this is also the result of another programme adopted in the aftermath of genocide. Umuganda is driven by the idea of social cohesion rather than punishment. On the last Saturday morning of each month, all Rwandese work together on communal projects to enhance their communities.

This April, as it has for the last 20 years, Rwanda commemorates the genocide during ceremonies called Kwibuka. These public gatherings are seen to be crucial to the country’s healing, giving the population time to reflect, remember and reconcile. This year’s theme is “Remember – Unite – Renew”.

Twenty years after the genocide, Rwanda is among the most stable countries on the continent. Its record on women’s rights is impressive – 64% of parliamentarians are women – its health and education systems are among the best in Africa. The government has rebuilt the economy and has put in place strong anti-corruption measures and environmental protections. And Kigali is the cleanest and safest city in Africa.

But Rwanda’s peace and stability have come at a price. It is one of the most tightly controlled societies in Africa, and human rights and freedom of the press have been curtailed in the name of national stability. Kagame has been accused of dealing brutally with any dissent, which has come not from former genocidaires but from within his Hutu inner circle.

In March, South Africa expelled four Rwandan diplomats after a series of attacks on Rwandan refugees in the country. Patrick Karegeya, the former intelligence chief, was found murdered in a Johannesburg hotel room. It was not until the South African government linked them to an attack on former Rwandan army chief Faustin Kayumba Nyamwasa, who had already survived two other assassination attempts, that the diplomats were given 72 hours to leave the country.

Speaking to CNN, Kagame argued that justice had to go hand-in-hand with economic development, and that meant a strong hand and clear mind was needed to get the required development. “People talk about issues underlying genocide. They talk about difficulties over reconciliation. The difficulties involved are very obvious. People discuss that, and it’s on that basis that we make progress. But there has to be leadership to make things move in the right direction.”

He added: “There’s no question about it. People sleep few hours. People spend sleepless nights thinking about what to do and getting ahead and doing it.”