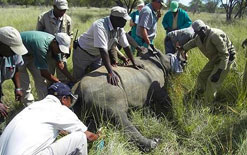 In May five Eastern black rhinos were released into Tanzania’s Serengeti National Park after a lengthy stay in South Africa, where they were being kept safe from poachers.

The magnificent animals – three females and two males – are part of a larger group of 32 whose ancestors lived in the Serengeti some 50 years ago, but were relocated south for their own safety during the poaching blitz of that time.

The remaining 27 will be returned to their native country in stages over the next two years under the Serengeti Rhino Repatriation project.

The rhinos will be released into an area where there are currently no rhino. Conservationists hope they will mingle and breed with a nearby existing group of black rhino, and start a new population.

A surge in African rhino poaching in the later parts of the 20th century saw numbers drop alarmingly. In the Serengeti, one of the world’s great game wildlife conservation zones and a Unesco World Heritage site, just two females were left alive by 1991 – a shocking decline from the more than 700 individuals that roamed the savannah just 40 years before.

In 1964 a group of seven animals were relocated from Tsavo in Kenya to South Africa, where they could live in safety, in privately run parks. The five that went home recently, and the 27 remaining in South Africa, are directly descended from the core group of seven.

There are currently fewer than 70 black rhinos in the whole of Tanzania. Of these, 33 are in the Serengeti, a number which will double almost overnight when the rest of the South African group returns.

The five animals left South Africa in a chartered Hercules C-130 cargo plane after spending six weeks in special pens, where they were closely monitored by experts to ensure they were adjusting to the smaller space, and were healthy enough for the trip.

During their confinement they were introduced to the typical East African vegetation, and the crates that would carry them to Tanzania.

In Tanzania they will spend another month in special pens before being moved to a bigger, but also heavily monitored area. Here they will have time to adapt to the new environment, and will also receive a vaccination against trypanosomiasis or sleeping sickness.

It could take up to a year for them to acclimatise enough for a full release into the park. Authorities hope that the implantation of electronic chips and the presence of an elite ranger task force, trained especially to protect them, will deter poachers once they’re roaming free.

The new arrivals received a jubilant welcome, not only from the Tanzanian public, but also from that country’s president, Jakaya Kikwete, who was present at a lively ceremony led by the Tanzanian National Parks Authority Brass Band. Edward Kishe, director-general of Tanzania National Parks, was also present. Although the animals’ arrival was delayed by 90 minutes, spirits remained high.

Kikwete expressed his joy at the return of the group, and condemned the poaching of six black rhinos in recent months. “This event is a stark reminder of what went wrong in the past, and what needs to be done to prevent that happening again in the future,” he said.

The black rhino once roamed throughout much of sub-Saharan Africa, but its range has shrunk dramatically. It’s now found mainly in East and Southern Africa.

Despite their name, black rhinos are actually grey in colour, and can be distinguished from other species by their pointed, prehensile upper lips, used for foraging. It’s this practice that gave the animal its other popular label, the hook-lipped rhino. White rhinos have square lips, and are also much bigger than their comparatively dainty black relative.

Rhinos are heavily poached for their horns, which are highly sought-after in parts of the Middle and Far East. It is believed that powdered rhino horn has powerful medicinal properties, although this has never been proven.

Despite the lack of scientific proof, the tincture is in high demand and poachers are all too willing to supply.

In the Yemeni culture, rhino horn is used to carve ornate handles for traditional daggers called jamibyas, but, since the country became a signatory to the Convention on International Trade in Endangered Species, demand for it has dropped.

In a 2002 a report by the International Rhinoceros Foundation revealed that poaching reached a peak between 1970 and 1992, resulting in the black rhino population dwindling by an estimated 96%.

After this, there were only 2 400 individuals left in the wild. Since then, conservation efforts have focused on the stabilisation of existing populations, which has seen a very slow recovery of numbers. Two other tactics that have worked well are the protection of the animals in heavily fenced and patrolled areas, and dehorning.

Today there are an estimated 4 200 black rhinos left in the wild. The IUSN’s African Rhino Specialist Group is driving the conservation process by advising on a detailed action plan. 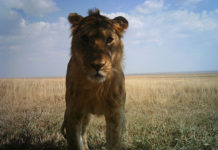 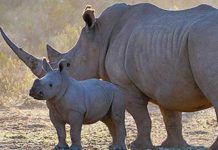 Kruger steps up efforts to save rhinos 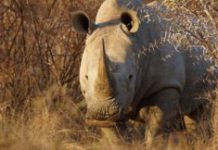 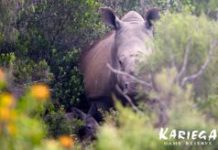 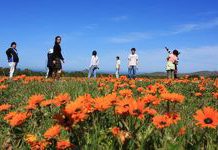 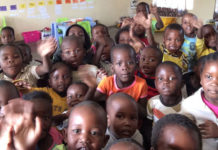