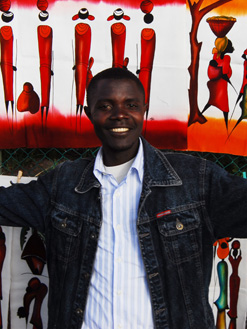 South Africa is the largest source of remittances sent by migrants back home to countries in the rest of Africa, helping pull families from the brink of poverty and ensure the next generation get an education. There are currently 2-million migrant workers in the country, sending about R6.1-billion to their families across the continent every year. The bulk of the money goes to Southern African Development Community countries.

According to the Financial Mail magazine, global recorded remittances to developing countries are expected to have topped US$240-billion in 2007. Money sent by migrant workers back home to their families has been a critical means of financial support for generations.

Remittances are recognised as one of the world’s largest poverty reduction efforts – by millions of individuals at a time. The International Fund for Agricultural Development (Ifad) reports that the flow of foreign currency to developing countries now reaches millions of households. Ifad estimates that, worldwide, 150-million migrants sent $300-billion to their families in 2006.

In January 2007, researchers Yao Lu and Donald J Treiman from the University of California’s Centre for Population Research in the US, produced a paper entitled The Effect of Labour Migration and Remittances on Children’s Education among Blacks in South Africa.

The paper found that in households where a parent is absent due to migration for work, the remittances received substantially increased the likelihood that children are in school, through three pathways: increased household educational spending, reduced child labour, and mitigation of the negative effect of parental absence due to out-migration.

But what’s it like to be the sole breadwinner, but so far from home? An online survey of migrants, conducted by the BBC, sheds some light on the global phenomenon of remittances.

“Sending money to relatives in Cameroon/Africa is more or less a noble deed and duty for most of us out of Africa,” Cameroonian Levei Babaya, who works in the US, told the BBC. “[T]hose friends and relatives who have received such remittances have for the most part put it to good use. There is no question that there are abuses. There is also no question that some of our relatives consider us bottomless pits.”

According to Lawrence Bangura, a Sierra Leonean in Chester, England, his family’s gratitude is what makes migrant work worthwhile. “To me it is an obligation which I have to honour and my happiest moments are when my relatives say thank you to me after receiving what I have sent,” he said.

“We have a saying in my tribe, Temne, that God chooses one or two people in a family and gives them all he would have given the entire family. Although some of them, especially my brothers and sisters, do not spend it wisely, I am always happy to send whatever I can afford.”

Some see it as a means of not only helping their families, but also their countries. “The money I send home is seen as an investment,” says Faraieverett Magagula, a Zimbabwean working in Pretoria, South Africa. “The money I send to my family in Zimbabwe goes a long way to propping [up] the Zimbabwean economy.”

Then there’s the view of “Mecano”, working in Canada: “Of course, that is what Africa’s life is about. ‘A sharing circle’.”

The R6.1-billion disbursed through Africa in from South Africa is a conservative figure, as up to 60% percent of remittances reach their beneficiaries in informal ways. The official statistics are from money organs that deal in international transfers, and don’t account for money sent with relatives, friends and taxi drivers.

High transaction fees are a major reason informal routes are preferred. In Africa, Moneygram and Western Union dominate the market. According to Nikki Spottiswoode, Moneygram’s international director for Africa, the amount charged on transactions depends on the amount of competition in the market. In the US, for instance, there is a flat fee of $10 charged for amounts up to $500 hundred. But Moneygram charges $20 for sending the same amount out of South Africa.

Another reason migrants prefer informal routes is that they cannot meet the documentation requirements created by South Africa’s foreign exchange regulations, as well as other financial and immigration laws.

As an alternative to the costly traditional money transfer operators, various new means are being developed across the world to reduce costs and improve the speed at which money is transferred between countries.

Ikobo, a money-transfer company based in Atlanta, US, has a system in which the beneficiaries back in Africa are given a bank card, which can be used at Visa merchants and ATMs across the world. The migrant simply reloads the money every month using a simple online process, and the money is available immediately.

Xoom, a company based in San Francisco, also uses a simple method for international money transfer. A sender can send money worldwide from any internet-enabled computer to friends, family and businesses in over 30 countries. Various methods can be used, including PayPal, major credit cards, or the withdrawal of funds directly from the senders US bank account to fund the money transfer.