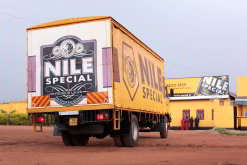 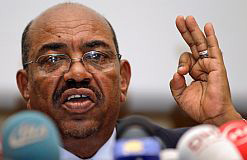 Sudanese President Omar al-Bashir’s recent visit to the country’s south region is being seen as a possible sign that the upcoming referendum will be peaceful, and its outcomes will be accepted by the different parties.

It’s all systems go for the January 2011 landmark referendum, which is expected to result in Southern Sudan becoming a country of its own. The predominantly Christian population there is in favour of breaking away from the Arab-dominated north.

Thousands of citizens have to return home to take part in the vote. The UN Refugee Agency estimates that more than 400 000 Southern Sudanese have travelled back from camps for displaced people in and around Khartoum, while others have returned from exile in neighbouring countries.

The referendum, which will take place over seven days from 9 to 15 January, is an outcome of the Comprehensive Peace Agreement (CPA) signed in 2005. This ended a two-decade-long war between the north and south.

Al-Bashir visited Southern Sudan’s capital Juba on 4 January, just five days before voting kicked off, and was warmly welcomed by the region’s President Salva Kiir. International media reported that the visit was seen as Al-Bashir’s farewell to the region.

Al-Bashir, who’s wanted by the International Criminal Court for war crimes, vowed to “congratulate and celebrate” with the south should its people vote for secession. He will recognise a new Southern Sudan state, he promised.

There had been fears that Al-Bashir’s government would not support the breakaway, as the south is important to the broader country’s economy. About three-quarters of the country’s oil reserves are located there.

Although unity between the two regions is desirable, Al-Bashir’s Khartoum-based government will respect the outcome of the referendum, the UK’s Guardian newspaper reported.

“Imposing unity by force doesn’t work … We want unity between the north and the south, but this doesn’t mean opposing the desire of the southern citizen,” said Al-Bashir.

Former South African president Thabo Mbeki, who’s in Sudan at the moment, was encouraged by Al-Bashir’s visit to the south.

Mbeki, who’s highly active in the Sudanese negotiations as chairperson of the African Union High Level Implementation Panel, said Al-Bashir has show that he’s committed to the peace process.

“Speaking in Juba, President Bashir displayed once again his commitment to the CPA and his qualities of national leadership,” Mbeki said in a speech at the University of Khartoum on 5 January.

“There is no greater test of statesmanship than to accept, in a graceful, generous and humane manner, the decision of those of your people who have the opportunity to choose secession.

“President Bashir’s Juba speech demonstrated that he, and the Sudanese leadership, are rising to the occasion, meeting the challenge of the exercise of self-determination by the Southern Sudanese.”

Voter registration has been completed and any remaining challenges regarding this will be dealt with through the courts before the final list of eligible voters is published, according to the UN.

More than 3-million people have registered for the poll, with 51% of the portion being female.

The UN panel tasked with monitoring the referendum is confident of a smooth voting process. “Based on our observations so far, we believe that a credible referendum can take place,” said the panel’s head Benjamin Mkapa, according to a UN statement.

“The eyes of the world will be watching this referendum, and we hope that all the hard work that has gone into preparing for it will culminate in a vote that is smooth, transparent and a credit to all,” added Mkapa, the former president of Tanzania.

The panel also includes António Monteiro, Portugal’s former minister of foreign affairs, and Bhojraj Pokharel, a former chairperson of the Election Commission of Nepal. The UN appointed the trio to ensure a credible referendum on behalf of Secretary-General Ban Ki-moon.

It has been facilitating talks with opposing parties and other authorities, and encouraging them to resolve problems and disputes, the UN said.

About 3 000 observers from different parts of the world will travel to Southern Sudan to monitor the referendum. The Carter Centre, established by former US President Jimmy Carter, will lead a 100-strong observation delegation, which will include respected figures like former UN secretary-general Kofi Annan.

The African Union will also send in a team of observers.

“The referendum is a critical step in the implementation of the Comprehensive Peace Agreement,” Carter said in a statement. “We hope this process will help the people of Sudan work for a peaceful future, regardless of the outcome.”

Former US Democratic presidential candidate John Kerry is said to have already arrived in Southern Sudan. The European Union is expected to deploy 110 observers from its 27 member countries.

Russia said it will relocate four helicopters from Chad to Sudan to help the UN guarantee security during the referendum, according to an Al Jazeera report. China will also send a team of observers.