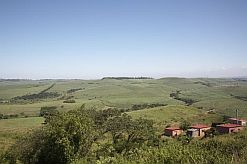 Liberia signed a R113-million grant
agreement with the US Millennium
Challenge Corporation to finance
development in the country
(Image: Hannelie Coetzee,
MediaClubSouthAfrica.com. For
more free photos, visit the image library)

Liberia has been awarded a R113-million (US$15-million) grant from the US Millennium Challenge Corporation (MCC) to help it fight poverty, improve primary education for girls, broaden access to land and boost trade.

The signing took place at the Ministry of Foreign Affairs in Liberia’s capital city of Monrovia on 6 July 2010. Speaking at the event, MCC senior advisor Cassandra Butts said the grant would help finance key development areas identified by the Liberian government.

“The areas of priorities represent key constraints to economic growth, identified by Liberians as part of their own national development strategy,” she said.

Set up by US Congress in January 2004, the MCC is an independent US government aid agency that assists countries committed to economic and political development.

The grant will be made available to Liberia through a three-year threshold programme that will focus on challenges highlighted in Liberia’s Poverty Reduction Strategy.

One of the objectives is to increase the number of girls enrolling in primary schools and keep them in the school system for as long as possible. The creation of a scholarship programme for girls, providing grants to communities to improve the education environment, mentoring programmes and awareness campaigns are some of the means of achieving this.

“Liberia has made tremendous progress in its development effort and this grant will help buttress our poverty reduction strategy,” said Amara Konnah, Liberia’s planning minister.

Turning to land issues, the threshold programme is expected to promote equal access to property and increased land security. This will go hand-in-hand with the Liberian government’s plan to boost citizens’ understanding of property rights issues, rebuild land administration and surveying capacity, and make the land registration and transfer process more efficient for locals.

The grant will also help the country improve trade policy and practices, particularly when it comes to harmonising tariffs, working with regional and global bodies, and strengthening the regulatory environment.

According to the grant agreement, the threshold programme will be administered by the US Agency for International Development (USAID), which will be responsible for coordination, contracting and financial management. The MCC will oversee the programme.

The MCC board of directors, who decided that Liberia should get the grant, said the country had made significant progress in many MCC eligibility indicators.

Speaking at the signing ceremony, Donald Payne , chairperson of the US House Subcommittee on Africa and Global Health, congratulated Liberia’s President Ellen Johnson Sirleaf and the people of the country for meeting what she called “strict criteria which warrants the threshold agreement”.

Payne stressed the importance of schooling in Liberia, especially for girls, and noted Sirleaf’s commitment to this issue. As an accomplished female leader herself, Sirleaf is seen as the ideal role-model for this sector of the population.

At the ceremony Sirleaf thanked the host of delegates for visiting Liberia and praised President Barack Obama’s administration for continuing with the MCC programme.

She then spoke about the establishment of the Liberian Education Trust, which is providing scholarships for girls to breach the gender gap, but warned that far more still needs to be done.

“Retaining them in school is the issue,” she said. “While there may be many girls at the primary level now, by the time they reach upper classes, they begin to drop out due to poverty or sexual abuse. The MCC programme will help our government tackle those problems.”

Switching from education to commerce, Sirleaf outlined one of her country’s key policies, which favours moving away from a reliance on aid towards economic growth driven by trade. She concluded that this policy is Africa’s long-term ambition.