Access to affordable funding was seen as critical for the empowerment of women in the agriculture sector. A call was also made at the African Union summit session for African groups to fund African initiatives. 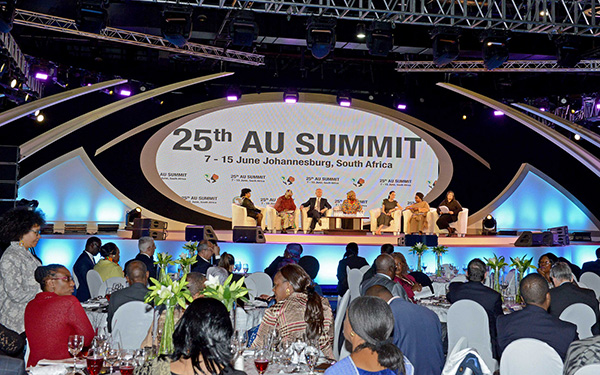 Recently during a session at the 25th AU Summit about making finance accessible and affordable to women, it was said that it’s important that women from different backgrounds connect with each other. (Image: Dirco ZA via Flickr)

Making finance accessible, affordable and timely for women in the agriculture sector was discussed during a session on agriculture at the 25th African Union (AU) summit on 11 June. The summit is running from 7 to 15 June, at the Sandton Convention Centre in Johannesburg. More than 50 heads of states gathered in South Africa to find resolutions to these issues.

Delegates from organisations such as Young Enterprises in Malawi, Graça Machel Trust and Gambia Women’s Finance Association (Gawfa), among others, had an opportunity to explain how they had made a difference in women’s lives.

The theme of this year’s AU summit is “Year of women empowerment and development towards Africa’s Agenda 2063”. Ministers and more than 50 head of states are attending, and the programme includes discussions on migration, Ebola, and agriculture growth and transformation.

Ebrima Ganna, of Gawfa, said the organisation had three main branches and 19 sub-stations. “A total of 90% of women [who are] part of our project come from rural areas.”

Gawfa is the first and largest microfinance institution. Ganna said it was easy for women to get financing through the group. “Within an hour their data are processed, and the following day they get their financing needs.

“We have a loan portfolio of 70% agriculture and over 1 200 borrowers,” he said. “We reach more people outside of towns. Donors can monitor their funds at any time.”

Projects such as Young Enterprises in Malawi focus on skills training for female entrepreneurs. They also source funding for girls who want to further their studies.

Delegates at the session heard that most of these initiatives were supported financially by Spanish funders through the assistance of the New Partnership for Africa’s Development (Nepad).

Nepad, an African Union strategic framework for pan-African socio-economic development, is both a vision and a policy framework for Africa in the 21st century. Nepad is a radical intervention, spearheaded by African leaders, to address critical challenges facing the continent, namely poverty, development and international marginalisation.

One of the delegates – who does not want to be named in the press – said it was good that not millions of dollars were used to make these initiatives a success.

However, while noting that these African initiatives were supported by a Spanish funder, he asked: “What will happen to these initiatives if this funder runs out of money?”

African governments needed to support their continent’s initiatives too, he stressed.

The session concluded with discussions on seeking collective ways of supporting more women in the agricultural sector. 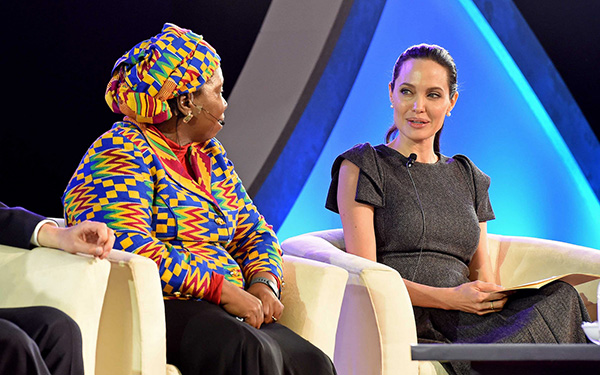 On Friday 12 June, American actress and humanitarian, Angelina Jolie was a guest at this event. Eyewitness News reports Jolie had been invited by African Union (AU) Commission head Nkosazana Dlamini-Zuma. Jolie said it is good that women’s rights are put at the heart of this summit and the AU’s agenda. “That is unbelievably important.”

But, she said the world has a long way to go. “We all know that while there is more awareness of women’s rights today, progress is slow, uneven and fragile. In some parts of the world it’s being erased.”