From making documentaries about Africa to touring the world and interviewing global leaders, encouraging education for girls and starting on writing a book, Zuriel Oduwole has done a lot. But here’s the catch – she is only 12 years old. 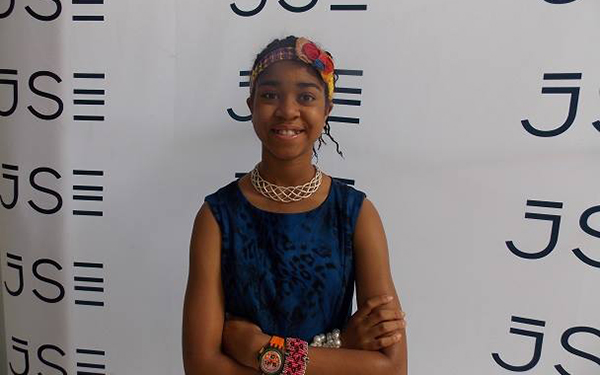 • Kumoodi: from Lagos to the world
• Watch: Salif Keita and Black Mambazo call for harmony in Africa
• Powerful women shape Africa
• African entrepreneur sold his belongings to start Kisua
• All about the African Union

Most 12-year-olds are occupied with going to school and chilling with their friends; but Zuriel Oduwole stands out from this crowd. Her documentary filmmaking skills have led her to interview 14 heads of state and she has visited various countries where her documentaries have been screened.

Zuriel’s father is Nigerian, and her mother is Mauritian, but she was born in California.

Her passion lies with Africa, however, and the perception the rest of the world has of the continent.

“I wanted to do it [film and documentaries] because there is power in media and also I wanted to show positive things of the African continent to the rest of the world because usually whenever they talk about Africa, they portray it as a continent of negative things,” she explains.

“But because I lived in Africa for a period of time, I see a lot of positive things.”

She introduces herself as a proud pan-African child, in the ninth grade at school. “I am working hard to do my school projects, play in my basketball league, and still do what I enjoy a lot – like my extracurricular activities of interviewing world leaders, making compelling documentaries, and inspiring girls around the world to dream bigger, much bigger.”

Her passion for making films was ignited in 2012 when she entered a documentary-making competition with The Ghana Revolution. “After this first foray into filmmaking, Zuriel was bitten by the director’s bug and quickly wanted to make more movies,” stated US news site CNN. “She turned to the web to find the tools she needed and got involved in the entire filmmaking process.”

Quite a bit of training was needed to learn how to make a video. “My mum taught me how to use different software first, like how to edit things, how to add animations, how to put in fades, transitions and all those things but I am glad I had the time to learn it,” Zuriel said.

Her second project, Educating and Healing Africa Out of Poverty, it looked at the formation of the African Union in 1963. Another interest, education, was examined in Technology in Educational Development. Her latest series, A Promising Africa, profiles five African countries, beginning with her father’s homeland, Nigeria.

Zuriel has visited several countries to attend screenings of her documentaries, including South Africa.

Sawubona !! South Africa Movie Premier this week. Hello everyone. My most busy week in my entire life. Arrived South…

Left Paris to Tokyo. Got spolit a lot. Showing my film here next week/ Educate A Girl 2 see what she can do. Thankful pic.twitter.com/JUwCReEsBc

“I’ve interviewed 14 heads of state and a few of those include the presidents of Tanzania, Liberia, Kenya, South Sudan, Nigeria and Cape Verde, to name a few,” she told CNN. “I’ve also been able to interview business leaders like my friend Mr Aliko Dangote.”

The list of people interviewed by the 12-year-old is impressive:

The importance of education is Zuriel’s other passion. She visits schools and gives talks on its value through her Dream Up, Speak Up, Stand Up programme. So far, she has reached 21 000 children in nine countries.

“The reason I do it is because I want them to see that education is very important in life and I want to show them here is an example,” she said, pointing to herself, “and show them what they can do if they are educated, and if they are focused in life and have goals.”

Not every girl was able to get an education or a chance to accomplish her dreams. “My vision is to see that this changes one day, and my mission is to use my Dream Up, Speak Up, Stand Up programme and other new ideas to inspire girls to accomplish this mission.”

Speaking to CNN, she pointed out that in Africa, boys were the first to receive an education. “The boys go to school and get an education while the girls stay at home,” she explained, “And those girls aren’t educated and have fewer options in life when they get older.”

In Accra Ghana 2day with kids at De Young school – Nima. We hung out, talked education and documentary. They are cool pic.twitter.com/u7TKKxQt6T

Besides filmmaking, Zuriel has a variety of hobbies, such as playing sport and reading. She is part of a basketball league, she plays soccer and is on the athletics team, and she does hip-hop dancing with her sisters.

Reading helps her to improve her vocabulary. “I love reading National Geographic Kids Magazines,” she writes on her website. “I also love adventure and spy novels. I have started to write my own book which I hope to publish next year.”

Zuriel was the youngest recipient of the Governors Gold Medal Award and was featured in the American business magazine, Forbes, when she was 10 years old. The Canadian edition of the women’s magazine, Elle, put her on its list of 33 Women Who Changed The World in 2014.

She has also appeared in numerous television interviews, including with BBC TV in London, CNBC Africa, and the SABC in Johannesburg.