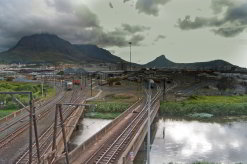 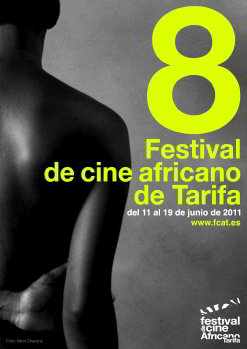 Mimi Cherono Ng’ok’s winning photo from
2010, titled “Portrait of the artist as a
young woman”, is the 2011 festival poster.
(Images: African Film Festival of Tarifa)

This year’s Photoafrica competition showcases the talent of 25 finalists from 11 African countries. The final group was chosen out of 75 applicants – a new record for the contest – who submitted over 400 pictures.

The 2011 photography contest is the fourth edition. It takes place in Tarifa, in Cádiz province on Spain’s southernmost coast, between 6 and 19 June as part of the eighth African Film Festival of Tarifa.

Of the hundreds of photos entered, just 27 pictures were selected for the exhibition, which will stand outdoors as large format prints before and throughout the festival.

Fourteen South Africans made the list of finalists. However, they are up against strong candidates from neighbouring countries Lesotho, Zimbabwe and Mozambique.

Contestants from Morocco, Kenya (two finalists), Mali, Nigeria, Senegal, the Democratic Republic of Congo and Tunisia make up the rest of the numbers.

Working with this year’s theme Urban Spaces, photographers had to portray their own perceptions of the modern African cityscape.

According to Photoafrica coordinator Gaetano Gualdo, the theme encouraged contestants to capture the radical changes taking place in Africa’s cities as more of its people relocate from rural to urban areas.

Gualdo said the three prize-winning photographers are chosen according to artistic criteria, and that the photos have to tell a story and provide a new angle of view on African urban reality.

He added that contestants are adjudicated on their use of light and composition in an artistic way.

The 27 hopefuls will be assessed by a jury representing the exhibition’s organisers, Spanish cultural NGO Al Tarab and the Andalusian Centre of Photography.

After the festival, the 27 finalists will be exhibited in various cities throughout Africa until the end of 2011.

However, Gualdo is unable to list the African cities at present. “This is not fully confirmed yet, as the negotiations are still going on, but we are considering Nairobi, Addis Ababa, Malabo, Bata and others,” he said.

A state of restlessness

As a platform for promising photographers to display their best work, the contest has seen the launch of a number of successful careers.

One of them was Nigeria’s Adolphus Opara, who won the first Photoafrica in 2008 and is again competing for the top honour in this year’s competition.

Opara tried to capture one thing that African cities shared, which he said was a state of restlessness. He said that when living in a city, there is a feeling that there is always something to do “even when the day has gone its full 24-hour stretch”.

He hopes that his 2011 entry, titled Urban Insomnia, will help people to feel the energy that emanates from typical African cities like Lagos.

Another previous winner is Mimi Cherono Ng’ok, a photographer who commutes between Nairobi and Cape Town. Ng’ok’s winning shot from last year, titled Portrait of the artist as a young woman, was chosen to illustrate the festival poster for 2011.

Gualdo believes there has been a marked improvement in the quality of photographers in the last three years. The number of applications, which has doubled since the first version of the contest, is an indication of this progress.

According to Gualdo, the pictures are comparable to those produced by photographers from other continents.

Opara echoed Gualdo’s statement and added that, with a little support, African photographers may grow even faster.

“I believe African photographers just need to be more professional about their works,” he said. “The larger part of the effort has to be from government authorities in these African countries to genuinely support the arts.”

Gualdo said that participation in Photoafrica opens doors to the European cultural scene and helps increase the artists’ visibility, not only in Europe but also in their home countries.

Referring to the town’s geographical position, festival director Mane Cisneros said, “Tarifa is the only town all over Europe that wakes up every day looking at Africa.”

Tarifa is the closest continental European town to Africa, separated from the continent by the Strait of Gibraltar, and sitting just 14 kilometres from the coast of Morocco. This close proximity has forged strong cultural links between Spain and this part of Africa.

Furthermore, Gualdo said the Iberian country is one of the most Africanised in Europe since it is home to a large African contingent.

He said the African population enriches Spanish society and resuscitates traditions of mutual history but at the same time its presence is a cause for prejudice and negative perceptions.

He believes film and photography are superb tools for educating people about Africa.

Noncedo Charmaine Mathibela: “Eye co-exist” aims to capture the concrete co-existing with nature. Mathibela is amongst 25 contestants competing for the 2011 Photoafrica prize.