Young Africans, who are fed up with the unrelenting negative stereotypes of the continent spread by the mainstream media, have started a new campaign on social media. 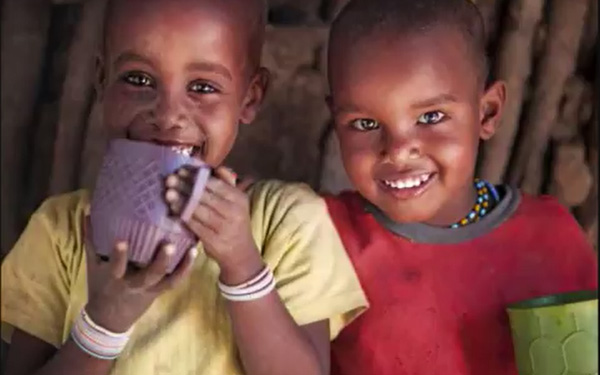 A group of people started a campaign on social media to give a message that negative images such as starving children is not the only thing that Africa is about. (Image: Screen grab via YouTube)

People from across Africa and beyond have been taking part in the social media campaign #TheAfricaTheMediaNeverShowsYou over the past few weeks to show the beauty of the continent.

The campaign, which was started by a group of young people tired of the negative stereotype of Africa portrayed in the media, aims to combat this image of the continent that is shown all over the world. The idea is that there is more to Africa than conflict, disease and poverty.

BBC, the British news portal, says more than 63 000 tweets have already been posted on Twitter using this hashtag. The images are being shared outside Africa as well.

Posts on Twitter have included images of happy African children and beautiful places in Africa that tourists can visit, as well as upbeat comments on being an African:

And we do like to walk around barefoot. Sometimes. 🙂 #TheAfricaTheMediaNeverShowsYou pic.twitter.com/5WcmrCpGYv

Diana Salah, a 22-year-old Somali-American student, explained to online magazine Fusion why she was one of the founders of the campaign. “I got involved because growing up I was made to feel ashamed of my homeland, with negative images that paint Africa as a desolate continent.

“I used to get questions ranging from ‘Were you born in a hut’ to hurtful comments about disease and poverty,” she said.

“It’s so important to showcase the diversity and beauty of Africa. With mainstream media not up for the task, social media was the perfect outlet. #TheAfricaTheMediaNeverShowsYou will continue to promote a positive image and also change misconceptions along the way.”

Salah now lives in Seattle, in the United States. She said the campaign was started by another Twitter user, @WestAfricanne, who has since disabled their account.

More tweets showing the Africa not seen in mainstream media:

The purple carpet of Jacarandas lining the streets of South Africa in summer #theafricathemedianevershowsyou pic.twitter.com/4CxZBpwAJV

#TheAfricaTheMediaNeverShowsYou This is GHANA, The Gateway To Africa. @AeroShutter Really Doing a Good Job pic.twitter.com/KN2wwy9uwP