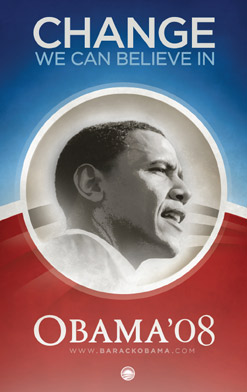 He’s seen as one of the most charismatic and inspirational presidential hopefuls in US history. At the end of 2008 Hawaii-born Barack Hussein Obama could not only make history by becoming the first black president of the US, but also the first to have extremely close ties to Africa, where his grandmother still lives.

Obama’s father Barack Obama Sr was born and raised in a small village west of Kenya, where he grew up herding goats with his own father, a domestic servant to the British.

An intelligent student, Obama Sr was awarded a scholarship to study in the US, where attended the University of Hawaii and later Harvard. In Hawaii he met Ann Dunham. Their marriage was short-lived, and the couple divorced shortly after the birth of Obama Jr. The candidate’s father returned to Kenya, where he became one of the country’s most respected financial advisors. In 1982 he died in a car crash.

In 1988, six years after his father’s death, the young Obama made his first pilgrimage to the east African country in search of his Kenyan roots. Back then he made the long trip from the capital Nairobi to his family’s village by bus. Once there he met he met his grandmother, “Mama Sarah” Onyango, for the first time.

Today, 86 year-old Onyango lives in the same village, where she follows her grandson’s presidential race with keen interest. She says despite his busy schedule in the US, Obama still takes time out to make contact with her, more so since the outbreak of post-election political unrest in Kenya over the past few months.

Onyango lives just an hour away from Kisumu, the hometown of Raila Odinga, the leader of Kenya’s main opposition party, the Orange Democratic movement. Kenya was plunged into crisis after the re-election of President Mwai Kibaki, which Odinga and his supporters claim was rigged.

Obama condemned the violence in a January 2008 radio broadcast. “I have been deeply troubled by the recent news out of Kenya,” he said. “The instability and tragic violence pose an urgent and dangerous threat to the people of Kenya, and to Kenyan democracy …

“The Kenyan people have a proud history of supporting the growth of democracy in their country … Despite irregularities in the vote tabulation, now is not the time to throw that strong democracy away. Now is a time for President Kibaki, opposition leader Odinga, and all of Kenya’s leaders to call for calm.

“Now is the time for this terrible violence to end.”

Obama has always been outspoken about human rights injustices. In the mid-1980s he put his law studies at Harvard on hold and moved to Chicago, where he became a community organiser with a church-based group, seeking to improve living conditions in poor neighborhoods plagued with crime and high unemployment.

On his return to Harvard to finish his law degree Obama became the first African American president of the Harvard Law Review.

On graduation he returned to Chicago to practice as a civil rights lawyer and teach constitutional law. His advocacy work led him to run for the Illinois State Senate, where he served for eight years. In 2004, he became the third African American to be elected to the US Senate.

In 2006 Obama returned to Kenya in a markedly different visit: this time he was a high-profile politician travelling on a private jet, protected by bodyguards.

The Road to the White House

In February 2007 Obama announced his candidacy for the 2008 Democratic presidential nomination, running neck-and-neck with US senator Hillary Clinton. He has run a campaign that has focused on bringing change to Washington and uniting the country, with the motto, “Change we can believe in”.

The latest statistics on the overall race for the Democratic nomination have Obama earning support from 46% of likely Democratic primary voters while Clinton attracts 42%. The US will go to the polls on 4 November 2008.