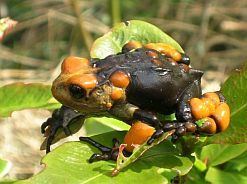 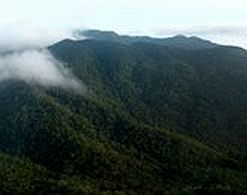 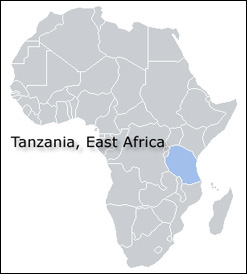 Over a dozen previously unknown new reptile and amphibian species have been discovered in the rainforests of eastern Tanzania, a region known for its rich biodiversity. This is according to a report recently published in the Italian scientific journal Acta Herpetologica, titled “The Nguru Mountains of Tanzania, an outstanding hotspot of herpetofaunal diversity”.

The authors are herpetologist Michele Menegon of the Tridentine Museum of Natural Science in Trento, Italy; conservationist Nike Doggart, an advisor to the Tanzania Forestry Conservation Group; and biologist Nisha Owen of the Frontier Tanzania Forest Research Programme in Dar es Salaam.

The scientists carried out their explorations between 2004 and 2006 in the forests of the South Nguru Mountains, part of the Eastern Arc mountains of Kenya and Tanzania. This area is the origin of one of the world’s most popular indoor flowering plants, the African violet (Saintpaulia spp.)

Tanzania enjoys a reputation as one of Africa’s most biodiverse countries, yet some of its regions are so remote that in biological terms they are poorly known. The South Nguru region, explained the authors in their report, was virtually unexplored – especially from a herpetological point of view (herpetology is the study of reptiles and amphibians).

The study was conducted in order to compile a comprehensive list of the amphibian and reptile species in the area. In total 92 species of herpetofauna (41 reptile and 51 amphibian species) were documented.

Of these, the 16 new species – which include chameleons, tree frogs, caecilians (worm-like animals) and snakes – are believed to be endemic to the Nguru Mountains. The little cold-blooded creatures are now the toast of the international herpetological community.

One of the new arrivals, a forest toad belonging to the genus Nectophrynoides, is said to be the largest species found in that genus. The toad, which appears in a range of colours including yellow and green, black and orange, and red, has yet to be given a scientific name.

Other discoveries include a new species of tree frog with red eyes, which was added to the genus Leptopelis, and a burrowing toad with a distinctive long snout belonging to the genus Probreviceps.

The study was made possible through international collaboration between Frontier, a UK-based NGO dedicated to safeguarding biodiversity, the University of Dar es Salaam, Italy’s Tridentine Museum of Natural Science, and the Tanzania Forest Conservation Group.

Other interesting zoological developments in Tanzania include the discovery in 2005 of an entire new genus of monkey, and the new species of giant elephant shrew that caused a sensation in January 2008. The Kipunji monkey, listed as critically endangered with barely 1 117 individuals remaining, is under serious threat from both poaching and the degradation of its habitat.

Africa’s forests, especially lowland forests, are shrinking because of human development. Although the South Nguru region has now been established as a biological treasure trove, it also is home to 56 villages, many of which depend on agriculture as a source of food and income.

“It’s really important that these forests are protected from further agricultural degradation,” said Owen, “as the montane forests of Tanzania hold some of the highest levels of biodiversity in the world.”

Menegon and Doggart warn that the Nguru ecosystem is already under threat from fire, logging, gathering of wood for fuel, and clearing for agriculture. But organisations such as Frontier and the Tanzania Forestry Conservation Group are taking swift action to halt forest degradation.

Working with local communities and stakeholders, they have proposed a series of strategies which include reducing local dependence on unsustainable agricultural practices, such as the current method of growing cardamom. The situation is delicate as cardamom is a popular cooking spice and an important cash crop for highland farmers.

“The programme represents an opportunity to reverse the current trend of forest loss and degradation,” the scientists wrote. “To succeed, it will need sustained commitment from the government of Tanzania, civil society organisations, the local communities and development partners.” 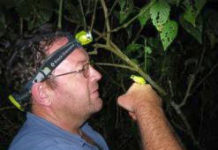 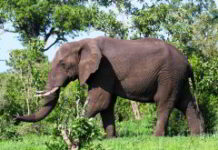 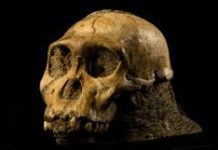 ‘New hominid species’ at the Cradle