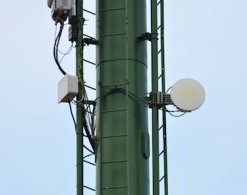 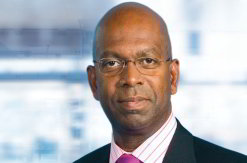 Safaricom CEO Bob Collymore is one of the
attendees at the NGT summit in Nairobi.
(Images: TechCentral)

The African continent’s telecommunications industry has enormous potential for growth. And senior level executives from major corporates around the world are getting a taste of just how massive the African market is, at the Next Generation Telecoms (NGT) Africa Summit in Nairobi, Kenya.

The event, hosted by events company GDS International, takes place at the Windsor Golf Hotel and Country Club from 25 to 27 January.

According to the NGT website, the summit provides an opportunity for senior level executives to network and examine their technology and management objectives. Delegates participate in a number of workshops, where they discuss issues such as the fixed network and its ongoing role in Africa; mobile data in Africa; mobile infrastructure; and the evolving telecoms landscape.

The executives meet with 50 of their peers in one-on-one meetings and roundtable discussions, making the NGT Summit the biggest gathering of senior telecommunications executives  on the continent.

Broadband growth stuttering, but will recover


According to the organisers of the summit, Africa has enormous potential for growth as it has become the fastest growing telecoms market in the world. Between 2001 and 2007 the industry grew by 49.3% with a total investment of US$18-billion (R123-billion).

Despite such growth, Africa still lags behind the rest of the world when it comes to broadband technology. Its slow development is one of the major topics of discussion at the summit. Secretary-general of the International Telecommunications Union (ITU) Dr Hamadoun Touré believes that access to broadband is the key to the continent’s advancement.

“Even with such high growth rates, access to broadband is still low. Access to high speed Internet is essential to using and fully harnessing the potential of the internet. We need to focus on creating unprecedented opportunities for positive change,” said Touré.

A report by IT Web in October 2010 indicated that broadband usage, though low, is growing rapidly in Africa. MD of 4G communications company Alvarion, Winston Smith, said that African broadband subscribers would reach 19-million by 2014.

Buit he remained optimistic that growth on the continent could surpass other regions because of the influx of new entrants as well as content players.