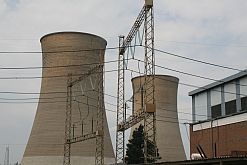 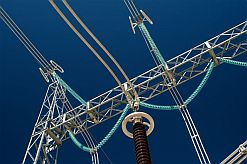 Namibia is fast becoming less reliant on imported electricity through a number of power-generation and supply projects in that country.

Construction has already begun on a fleet of new power stations, while work on the 970km Caprivi Link Interconnector line was completed recently and the facility came on stream in mid-November 2010.

The Caprivi interconnector links Namibia to the power networks of Zambia, Zimbabwe, the Democratic Republic of the Congo, Mozambique and South Africa to enable efficient import and export of power between these countries.

The line will also lessen Namibia’s reliance on its southern neighbour’s state power utility Eskom, which supplied more than 50% of the country’s power until it began having difficulties meeting South Africa’s own power demands in 2007 and 2008.

Caprivi, which previously only had access to Namibia’s internal power grid, will benefit from the line as it will feed the region with power from a greater variety of sources.

“The government of Namibia … has been vigorously pursuing several power-generation and transmission projects to enhance and increase the current capacity,” said the country’s President Hifikepunye Pohamba in a statement.

Construction of the 22.5MW Anixas heavy-fuel diesel power plant in Walvis Bay is expected to be completed early next year and the facility is hoped to be operational by March 2011. The diesel plant, built near the existing Paratus Diesel Generator Power Station, is designed to serve as an emergency reserve for the country’s grid during outages.

The government is looking for investors to partner up NamPower, the country’s power utility, for the construction of the Kudu gas power plant in the Oranjemund region. The station is envisaged to generate 800MW of electricity. “It remains a crucial project,” said Pohamba.

Plans for hydro power plants on the Orange River, which forms the border between South Africa and Namibia, are already advanced. Pohamba said a feasibility study for such developments is expected to be completed by the end of 2013.

“Research has shown that the lower Orange River holds potential for an additional generation potential of between 80MW and 120MW,” Pohamba said.

Generating capacity at the Ruacana hydro-electric power station is set to increase from the current 240MW to 320MW, hopefully by the first half of 2012. A fourth power unit, with 92MW capacity, will be set up at the station through a US$107-million project.

A study regarding the Baynes hydro power plant is scheduled to be finalised by earlier 2011, according to Pohamba. The plant will generate power from the Cunene River and will serve both Namibia and Angola. The Namibia-Angola Permanent Joint Technical Commission was formed to lead this project.

The government has invited independent power producers to invest in the Walvis Bay coal-fired power station. It’s hoping that the private companies will buy into it once the Ministry of Environment and Tourism issues an environmental clearance. The station will have the potential to generate between 200MW and 400MW of power.

NamPower has recently been involved in a $40-million, three-year upgrade of the Hwange thermal power station in Zimbabwe – this was also completed in March 2010. It has been agreed that Zimbabwe Electricity Supply Authority, that country’s power utility, will supply Namibia with 150MW of electricity for a period of five years.

“This project has been mutually beneficial for Zimbabwe and Namibia and has been hailed as a good model for bilateral cooperation in the SADC (Southern African Development Community) region,” said Pohamba.

The time has come for SADC countries to tap into renewable resources, such as solar energy and hydro, for mass production of power, Pohamba added.