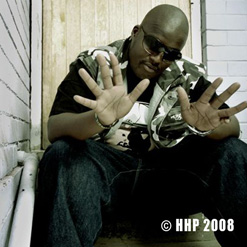 MTV awards are respected accolades in the music industry and, while awards ceremonies are held annually in each country where the network is based, the continental instalments are a much bigger deal. With Africa getting its own, African music is a step closer to being rated alongside the Western-style music that dominates airwaves across the world.

The two-hours-long Mamas will be held at the Velodrome in Aubja, Nigeria, on 22 November in front of celebrities, media and music fans. It promises to be the extravagant and vibrant MTV award show viewers expect.

Other than US-influenced R&B and hip-hop, the channel showcases the Ndombolo music of the Congo, South African kwaito and a host of other authentic African sounds.

The Mamas have 13 categories, which include staples such as Artist of the Year, Best Male Artist, Best Female Artist, Best Group, Best New Act, Best Alternative, Best Hip-Hop, Best R&B, Video of the Year and Best Live Performance. While the focus is on promoting African artists, MTV Africa fans still enjoy American-infused hip hop, R&B and alternative music, so these categories will include both African and non-African artists.

Nominations for each category have been decided by a group of 150 music professionals and opinion-makers from 30 countries in sub-Saharan Africa, including artists, music video producers, and video jockeys and radio personalities.

Since the launch of MTV Africa, artists from the continent who were previously cut off from a global audience have seen their careers flourish, getting airplay in Europe and the US, increased music sales and downloads, more gigs and more fans.

A case in point is South African Afro jazz -pop group Freshlyground. The group enjoyed relative success in South Africa, but the coverage they received on MTV Africa and their achievement in becoming the first African band ever to win a European MTV Award in 2006 bolstered their popularity internationally – where it counts. They have since signed a record deal with Sony BMG Africa, toured Europe extensively and are up for nomination in the Best Group and Best Video categories at the Mamas.

South Africa’s musical diversity has seen 18 artists being nominated for Mamas, with Nigeria a close second at 16.

Two South Africans made it into the best male category, hip hop artist HHP and house music DJ Cleo. Nigeria shines with two nominations in the Best Female category with Asa (pronounced Asha), whose single Jailer is making waves in the lucrative European market, and hip hop artist Sasha, who is hailed as Nigeria’s Missy Elliot.

Mozambique, Tanzania, Gabon and Uganda each walk away with single nominations, but even that already renders the artist a superstar in their country. 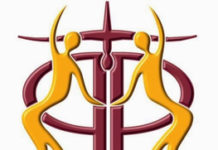 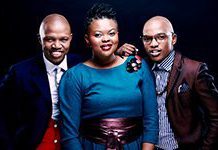