The island of Mauritius has a new president, biologist and scientist Ameenah Gurib-Fakim. Despite getting the role sooner than she expected, Gurib-Fakim has high hopes of creating meaningful change. 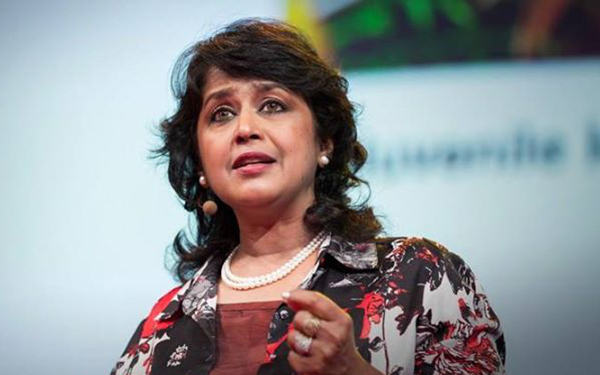 Mauritius has elected its first female president in Ameenah Gurib-Fakim, who was sworn into office on 5 June. Her ascent to leader of the Indian Ocean island nation came as a bit of a shock: it follows the resignation of the Labour Party’s Kailash Purryag, who served as president from July 2012.

In an interview with TED (Technology, Entertainment, Design), the global set of conferences run by the private non-profit Sapling Foundation, she spoke about her new role.

The world-renowned biologist said that the function of the president was to be the guardian of the constitution. “You are also commander-in-chief — we don’t have an army, but we do have a paramilitary,” she explained. “Then within the role, there is enough space for you to do other things.”

Being president will not dampen Gurib-Fakim’s passion for science, technology, and the environment. She would like to drive more think tanks on the island, pointing out that while Mauritius had opened a technology park – its first – she felt there was space for a lot more.

“Another area I want to focus is on the environment,” she said. “Climate change is a big concern for us — it can be felt in terms of the seasons, and we’re seeing very strong, violent storms. A strong voice needs to be heard. Sustainable development has everything to do with our identity of being Mauritian and of being a biodiversity hotspot.”

Her profile on the Pierre and Marie Curie University (UPMC) site notes that her love of science started in school, where her teachers could explain everything from why the sky was blue, to why plants were green and why sometimes they weren’t.

As president, she would also like to pay attention to the economy and education. “And my party is focused on getting the economy right — because they know that with the economy comes employment, and with that comes social welfare.”

As a female biologist, she said she had been through the glass ceiling, and the message she wanted to share was: “Yes, it’s possible if you are a woman.” She would like to set a positive example to young people, especially girls. “I hope to be a role model to promote the learning of science, to make it interesting and sexy.”

Gurib-Fakim spoke of the significance of being a president, but also a woman. “Oh yes, it’s very big – for Mauritius and for the continent. In Africa, there aren’t many women at the helm of countries. The same is true globally. It’s really making history.”

Mauritian society was patriarchal, she admitted, but her father did not object to her getting an education, even though at the time education was not free. “Girls got more and more access to schools after 1976, and yet women who are professionals still suffer from what I call the leaky pipe syndrome.

“A lot of girls come in to the schools, but by the time we look out the other side of the tube, there’s hardly any left. We need to see how this can be capped. [My appointment] has a lot of symbolism attached to it. That’s one of the reasons why I think it’s just so wow-ing.”

Gurib-Fakim has received several awards. In 2007, she won the L’Oréal–Unesco Women in Science Award for Africa; in 2008, she was given the Emma Award from Bank One Limited for outstanding achievement and accomplishment; in 2009, she received the African Union Award for Women in Science for the Eastern African Region.

“With the advent of a new government in place, time for the much-awaited change in the daily life of our citizens has arrived,” she said in her first presidential address. “The next five years will therefore be a defining era in the economic and social revival of our country.” 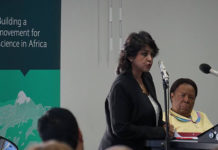 Down the !Gariep River by kayak