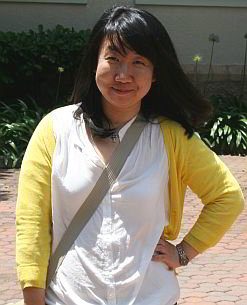 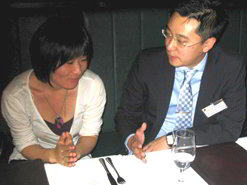 A group of Chinese business journalists are currently touring Africa to investigate investment opportunities, share lessons from existing Chinese businesses on the continent and strengthen the sense of mutual understanding between African and Asian cultures.

Brand South Africa is hosting the group during its final leg of the tour, following visits to Ethiopia, Chad, Algeria, Zambia and Kenya.

The China Entrepreneur reporters’ findings will be published in their magazine’s African Focus issue at the end of November 2011.

The fortnightly publication boasts a circulation figure of 150 000 and is the Chinese equivalent of Fortune – according to Olive Hou, the magazine’s international relations manager.

“South Africa is the last stop on our tour to see what strategies these countries have in place to foster trade with China and if there are investment opportunities for China’s entrepreneurs in those countries,” Hou said.

Today China is South Africa’s biggest trading partner, with the total value of trade between the two nations nearing US$16-billion (R125-billion) in 2010.

Tshepo Nkosi, Brand South Africa’s communications manager, said: “We have structured the tour so that the group will have the opportunity to get acquainted with the different industries in South Africa and the opportunities that exist within those sectors.

“After this tour, the group will have been shown how our trade and investment policy acts as an enabler to foreign investment.”

And with South Africa’s recent inclusion in the BRIC economic bloc of Brazil, Russia, India and China, the tour comes at an opportune time.

“So far we have observed a diversity of Chinese business interests in Africa, including construction projects in Kenya and Algeria, mining along Zambia’s copper belt and telecoms in South Africa – to name a few. Either directly or indirectly these are a boost to local economies,” Hou said.

The range of Chinese investments in Kenya was particularly interesting for the team.

“There we discovered a plastics-manufacturing firm, and vegetable and poultry concerns run by Chinese. We even discovered a Chinese-owned digital satellite pay-TV group which, in addition to Kenya, operates in Uganda, Tanzania, Rwanda and Burundi.”

Hou says the tour has helped develop a sense of respect for Chinese working culture.

“We want there to be a better understanding of China’s position in Africa and this can be brought about by healthy media coverage. Sometimes there is negative publicity because people aren’t seeing the bigger picture.”

Hou adds that the tour will help the Chinese journalists put together a balanced report on African trade opportunities.

“We want our Africa report to be neutral and to cover all experiences and challenges we’ve found in Africa. We don’t want to create propaganda. The report needs to be constructive and show the experiences of people who are having success working cross-culturally.

“There must also be advice on how to overcome challenges such as the language barrier and difficulties with local legal systems. China has vast experience in industrial development, which it can bring to Africa.”

The journalists visited the National Empowerment Fund (NEF) in Sandton, Johannesburg, to learn more about local policies which can help boost Chinese investment.

The NEF was established in 1998 as a way to promote and facilitate black economic participation in the newly democratic South Africa.

Some years later South Africans of Chinese descent were given full benefits in terms of the country’s employment equity and Broad-Based Black Economic Empowerment (BBBEE) policies to correct exclusions during apartheid rule.

This means that South African Chinese are now eligible to be empowered under BBBEE, which the NEF supports.

This empowerment strategy could be seen as advantageous to China-based investors who have ties with South Africans of Chinese descent.

Zwelibanzi Sapula, head of strategic funds at the NEF, said: “Although we do not necessarily go out and look for Chinese investment, we have appointed a financial service provider which shows potential foreign investors all our projects and how they could benefit from being involved.”

Sapula added that there are three ways foreign investors can become involved in a project: at a funding level, project level or both.

At the funding level, the investor will only make monetary contributions, while at project level the investor will play a more active role in the investment, such as bringing in the technology needed to make the project successful.

Sapula cited an NEF-backed project, which involves using Chinese technology to convert discarded tyres into consumable oils. According to the NEF, Chinese involvement at both funding and project levels could have helped speed up implementation as there was a lack of interest from financiers.

During their time in Johannesburg the journalists also visited fuel manufacturer Sasol’s headquarters in the suburb of Rosebank, where they were shown how innovative business models can boost entrepreneurship.

One of the examples is the ChemCity initiative, which aims to make it easier for small, medium and micro enterprises (SMMEs) to become established in the chemical, energy and related industries.

Phase one of the ChemCity Eco-Industrial Park in Sasolburg offers entrepreneurs a space to construct environment-friendly premises with 24-hour security and exemption from paying rates and taxes until 31 December 2018. It also offers competitive rates for the renting or selling of sites.

Since July 2004 the ChemCity initiative has helped establish 262 SMMEs and create 3 000 jobs.

Hou said: “I see how the South African chemical energy sector is thriving and there are many viable opportunities for Chinese investors in this sector.”