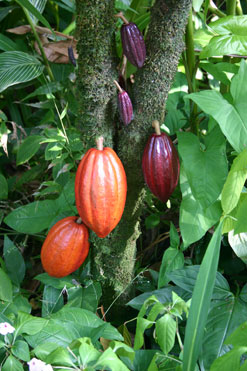 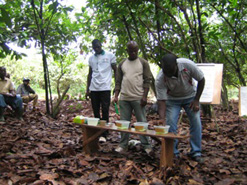 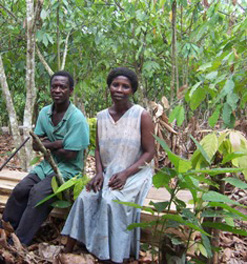 Major sweet manufacturer Mars is to partner with IBM and the US Department of Agriculture in a five-year project to sequence and subsequently analyse the cocoa genome. This will allow plant scientists to identify and genetically enhance the characteristics that result in stronger trees. IBM will analyse the results using the world’s second-fastest supercomputer, known as Blue Gene, which will enable Mars to then breed the improved trees.

Africa, particularly West Africa, produces 70% of the world’s cocoa, a resource which has seen an annual 3% increase in demand for the past 100 years, according to the World Cocoa Foundation. The Ivory Coast is the world’s biggest producer of cocoa, followed by Ghana.

The foundation also reports that more than 80% of all cocoa is grown on smallholdings (farms less than 5ha) in tropical countries around the world. In West Africa there are more than 2-million farms that support over 10-million people. These small farms each yield an annual average of one metric ton. Some 40- to 50-million people worldwide depend on cocoa for their livelihood and the current global market value of the annual cocoa crop is about R37.6-billion ($5.1-billion).

However, the industry is beset by a number of problems, including ongoing damage from pests and the environment, and the issue of child labour, with children in cocoa-growing areas often choosing to work as a means to survive.

Environmental pressures have resulted in fewer productive trees and an accompanying rise in cocoa prices of almost 50%. West Africa has suffered from erratic rainfall patterns and rising temperatures, while in Brazil, cacao plantations have been devastated by a fungus known as witches’ broom. A report published by business and finance information specialists Bloomberg states that “Cacao trees in Africa and Asia have become increasingly stunted from fungus, insects and drought, triggering supply shortfalls”.

The pest and disease problem is exacerbated by the fact that the cocoa crop grows among other plants much of the time. An average crop loss of 30% equates to damages of about R5.2- to R5.9-billion ($700- to $800-million) each year, according to Mars. The company hopes that its new initiative will allow farmers to produce better quality crops that are higher in yield, pest and disease resistant, and use water and nutrients more efficiently.

With recent successes in genetic studies of wheat, rice and corn, the attention of the scientific community now turns to cocoa. Mars will make its results publicly available through the Public Intellectual Property Resource for Agriculture, an organisation that helps innovators in developing countries access new agricultural technologies by removing intellectual property barriers and boosting technology transfer. The company has been involved in cocoa research for many decades.

Scientists expect to take about a year to generate raw DNA data for the cacao plant, which will then be handed over to IBM scientists to come up with the finished genetic map. The cocoa genome consists of about 500-million base pairs, whereas the human genome is made up of 3-billion base pairs containing between 20 000 and 25 000 distinct genes. A base pair is a set of two nucleotides (the structural units of RNA and DNA) on opposite DNA or RNA strands joined by a hydrogen bond.

“We are interested in enhancing and supporting growth and development in Africa, where 70% of the world’s cocoa is produced,” said Dr Mark Dean of IBM Research. “We look forward to helping the agricultural community in Africa and in other emerging markets.”

Other major cocoa-reliant manufacturers have taken up the cause. Cadbury announced in January 2008 it planned to help fund a project to secure cocoa supplies in Ghana and encourage cocoa farming in that country by making it more attractive to the next generation. The programme will boost farmer incomes and develop local communities through investment in schools and clean water sources. The company said that Ghana’s cocoa output was vital for its business, and plans to invest about R14.8-million ($2-million) in the project, with a further annual investment of about R73-million ($9.9-million).

Nestlé, meanwhile, provides support to African cocoa farmers in a number of ways, from technical assistance, to new ways of dealing with crop infestation, to interventions to cut down on child labour. The company is a co-founder of the International Cocoa Initiative Foundation, and has launched the Sustainable Tree Crops Programme, which teaches African farmers how to set up cooperatives and grow cocoa more productively.

The Hershey Company runs a number of initiatives to support sustainable cocoa farming, working with stakeholders such as industry, governments, international agencies and cocoa communities. Hershey has implemented programmes that promote not only economic and social development, but also good environmental practice in cocoa-growing communities around the world. The company’s programmes help to improve growing techniques and crop yield, and encourage the use of non-chemical pest and disease controls such as Integrated Pest Management.

Food of the gods

Cocoa, the main ingredient in chocolate, comes from cacao beans, which grow inside large melon-like pods that sprout from the trunk of the cacao tree (Theobroma cacao). Pods are harvested by hand, and each contains about 20 to 40 seeds, or cocoa beans.

Once removed from the pods, beans are dried in the open air for about a week. During this time the shells harden, the beans darken, and the rich cocoa flavour develops – cocoa beans from different countries each have a distinct flavour. After drying the beans are ready for commercial use.

Generally, cocoa can only be grown within 10° of the equator. The history of cocoa can be traced back to the Aztec and Mayan civilizations in Mexico who used cocoa beans as currency. The word cacao itself has its roots in the Aztec word cacahuatl. Cocoa was discovered by the Spaniards during their explorations of South America and kept as a secret for about a century.

The plant was taken across the Atlantic by Christopher Columbus in the 16th century and a drink made from its dried, ground beans soon became all the rage in Europe. It was later named Theobroma cacao (Theobroma means “food of the gods”) by Swedish botanist Carl Linneaus, regarded as the father of modern-day taxonomic plant classification. The name was published in his classic work Systema Naturae in the mid-1700s. 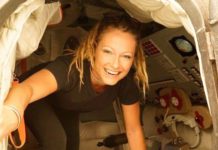 Could a South African live on Mars?