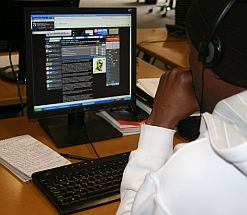 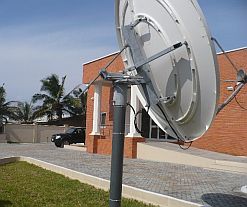 Broadband connectivity in Africa has received another significant boost with the launch of the Main One cable, which went live at the beginning of July.

With the first phase of construction now complete, the cable spans the 7 000km distance between West Africa and Europe.

This phase, backed by R1.8-billion (US$240-million) funds, placed the cable’s landing nodes in Nigeria’s Lagos, Accra in Ghana and Seixal in Portugal, with branches extending to Morocco, Canary Islands, Senegal and Côte d’Ivoire.

“…The cable will deliver unprecedented broadband capacity to West Africa, more than ten times what is currently available,” said a statement from Main One Cable Company.

The company said its cable system will “champion a communications revolution in Africa” and help the continent bring down sky-high internet market prices. It promises to benefit “businesses, governments and individuals by providing higher bandwidth and exceptional speeds at a lower cost”.

In Nigeria Main One poses a direct competition to the South Atlantic Terminal (SAT-3), previously the country’s only undersea cable. The new system’s broadband delivery capacity is more than ten times higher than that of SAT-3, according to Main One Cable Company.

As in all sub-Saharan Africa countries, including South Africa, internet in Nigeria remains expensive, although the country is fast attracting various telecoms giants. South Africa’s MTN and India’s Bharti have found a profitable market and will gain from Main One’s presence.

The privately-owned Main One is offering open access and wholesale broadband. Various competing companies in West Africa are set to subscribe to its services.

Main One Cable Company takes pride in the fact that it completed the first phase on time and within the set budget, “a rare occurrence with projects of this magnitude and complexity”.

“We are pleased to realise the fruit of our dedication and commitment in the past 30 months,” said Main One chair Fola Adeola in the statement.

The project has funding worth R3.1-billion ($400-million) from the African Development Bank, Africa Finance Corporation, and a consortium of Nigerian banks.

Construction of the second phase of the project will start soon and should be completed within 18 months.

When complete the cable system will be 14 000km long and will end in Cape Town, South Africa, with landing sites in Morocco, Senegal, Canary, Angola, the Democratic Republic of Congo, Gabon, Côte d’Ivoire, and another one in Nigeria.

Main One Cable Company is wholly African-owned. Headed by veteran telecommunications executive Funke Opeke, the venture has subsidiaries in Nigeria, Ghana and Portugal.

“The arrival of the Main One cable proves that much good can be done by Africans for Africans,” said Adeola. “… We are happy to be a channel for driving growth in Africa and changing the status quo for the average African as reliable internet connectivity becomes easily accessible and affordable for all.”

Main One’s impact, like that of similar fibre optic cables such as Eassy, will be felt across the continent. “The ramifications of Main One’s cable will be felt in all sectors, from education to health and entertainment; helping to drive economic growth and create job opportunities all over Africa,” said the company.